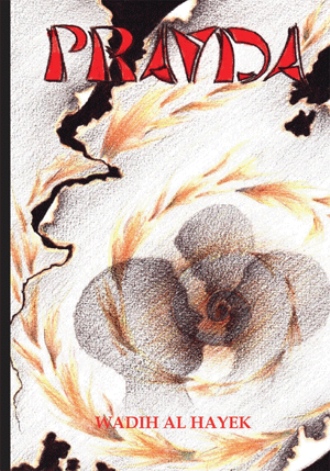 "PRAVDA" is a fictional account of a country torn by civil war and the behind-the-scenes politics, literal and figurative backstabbing, betrayal, and unexpected victories which accompany the characters' attempts to bring peace to a beleaguered civilian population.

Opening with an account of Sergey, the former head of the powerful militia turned president and his hopeful beliefs for bringing an end to the hostilities, in an instant his loyal followers' dreams are dashed when he is assassinated by the opposition. His best friend and loyal second, Nicolai, picks up the reins with the goal of maintaining what Sergey had accomplished so far and hoped to achieve in the future. He learns that the assassin is one who had previously been trusted and secretly harbored a political grudge. At the same time, he realizes there are those who want to keep the war festering for their own greedy gains and had set up the assassination to stop the peace process. Despite pleas for caution and restraint, allied militias loyal to Sergey's party exact revenge by slaughtering thousands of innocent civilians in refugee camps under the guise of ferreting out terrorists.

The election of Sergey's brother, Anatoly, is followed by a fast-paced and convoluted series of power changes as one coup after another takes place and traitors, greedy military officers, and self-centered political figures jockey for power and position, each playing on another's weakness to obtain their own selfish ends until eventually the opposition rises to power and the fighting stops as men with true leadership abilities are either dead, in exile, in prison, or on the run.

With unexpected twists and turns as the plot races to a climax, "Pravda" offers the reader a look at a political system gone awry as absolute power corrupts absolutely.

Born on December 20th, 1978, during what was called the 100-day war, when the Syrian armed forces were bombing Beirut.

Although originally from South Lebanon, from the small town-village of Jernaya, the author has lived all his life in Beirut. After finishing high school and graduating from the Christian Teaching Institute (CTI) in Horsh Tabet-Sin El Fil, and studying Audiovisual Media for 3 years, the author quit college and started working for foreign news networks as a translator.

Having lived through 12 years of civil war, the author has had enough experience and knowledge about the conflicting parties in his country.

The author is still working for foreign news networks and televisions as a translator/producer for news report and feature stories in the Middle East.