Love Was Murder in New Hampshire 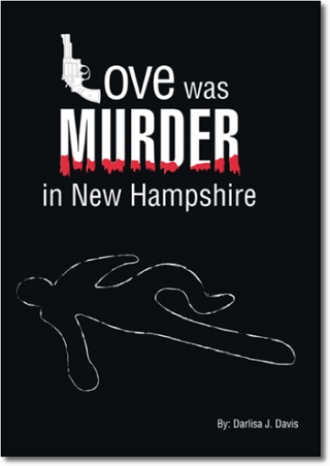 When you think you know what's going to happen next, you don't.

Lisa baxter is a young woman who has decided that her hometown does not have anything or anybody new to offer her. When the opportunity arises for a tranfer from Indiana to New Hampshire, she jumps at it. Never being out of Indiana, she finds living in New Hampshire as different as if she were living on another planet.

Lisa has other adventures besides geographical. She finds what she believes is the live she has yearned for, for so long. Confident she has found her soul mate in Sam, things may not be precisely as she perceives them.

As Lisa begins her new job and her new life, she meets many interesting people. There is Crash, a middle-aged bald man, who is her boss. She doesn't see much of him, and that is a good thing shince she isn't overly impressed with him as a boss. Does he stay out of sight so no one would ever suspect him as a killer? Then there is Anthony, Crashes boss. He is tall and very good-looking. Definitely someone that would catch your eye as he walks down the street. Irene also works in the office. She is more than just an office manager. As she says, "She is the glue that holds things together." She admires Mr. Henderson, the CEO at the company. With years of dedication to Mr. Henderson and the company could she pushed to kill? Should Lisa really trust her?

All the signs seem to point to Lisa as the number one suspect. Her only defence is to find the real murderer before someone else is murdered or they will lock her away for good.

Born June 17, 1964 in Bloomington, Indiana. Darlisa has lived her entire life (except two years) in parts of Indiana. During those two years she lived in Gardner, MA, where she visited Nashua, NH often. She enjoys traveling and experiencing different things. Going to the ocean is a special thrill as the lakes and resevoirs in Indiana do not compare to the breathtaking view from the Northeastern coast. She has two birth children, two adopted children, and two step-children. All are now grown and living on their own. At this time, she has three grandsons and one granddaughter. In her spare time, she likes watching NASCAR. She likes to go boating, tubing, 4 wheeler riding and jet skiing. She enjoys peaceful walks through the woods and by the water.