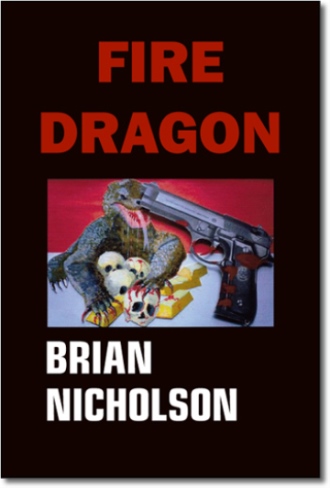 The slaughter of half a million Communists by Indonesia's President in 1965 is a weeping sore for Arief Sulitsono (Alias Dr Ramano Rusman) the illegitimate son of Aidit - the Communist leader - who is determined to return Indonesia to a Communist Dictatorship. He realises that he can do nothing against the power of the USA unless he and other developing countries of NAM possess nuclear weapons. He therefore enters into a conspiracy with the North Koreans to help them avoid US interference with their nuclear weapons programme.

Fortuitously, he stumbles on the enormous treasure amassed by Admiral Yamamoto and hidden in the islands off Irian Jaya and uses this unlimited funding to build a rocket launch site on Waigeo Island on the Equator. From this rocket launch site he plans to place the North Korean nuclear warheads in geo-stationary orbit out of reach of IAEA inspection and US satellite surveillance and available to any country resisting US interference.

Rusman's plan unravels because there are other clues to Yamamoto's treasure and his launch site is being built on the most likely epicentre of a cataclysmic earthquake. This is John Gunn's fourth assignment for the British Intelligence Directorate in which he is confronted by man-eating dragons in 'the ring of fire'.

Brian Nicholson's life has been almost as exciting and eventful as that of John Gunn. Apart from flying, sailing, scuba-diving, skiing, renovating classic cars and being a talented artist and writer, he has led an unusually exciting life as a soldier. This has varied from active service to negotiator extraordinary in Beijing to rescue the 1984 Anglo/Sino Joint Declaration on the future of Hong Kong. As the personal Military Adviser to Ghana's Flt Lt Jerry Rawlings, he assisted in the planning of the military intervention in Liberia in 1991. As the Defence Attachè in Jakarta, his highly successful expedition to unlock the mystery of what happened to the ill-fated 'Operation Rimau', the WW2 Australian commando raid on Japanese shipping in Singapore, received wide press coverage at the time.

His first book, 'GWEILO' focuses on the return of Hong Kong to China. His second book, 'AL SAMAK' is about Saddam Hussein's efforts to obtain a WMD to prevent the invasion of Iraq by the coalition forces in 2003. The third book 'ASHANTI GOLD' uses his exciting exploits in West Africa as a colourful background to a novel that focuses on the famine, chaos and corruption in the African Continent. The author's fourth novel 'FIRE DRAGON' uses material from his experience as a Defence Attachè in Jakarta, where he travelled extensively from the remote areas of Sumatra, Kalimantan and Irian Jaya to the troubled Island of East Timor. This provided an ideal backdrop for a North Korean/Indonesian conspiracy to develop a nuclear weapon and the means of delivering it.