Putting the Person Back Into the View from Nowhere 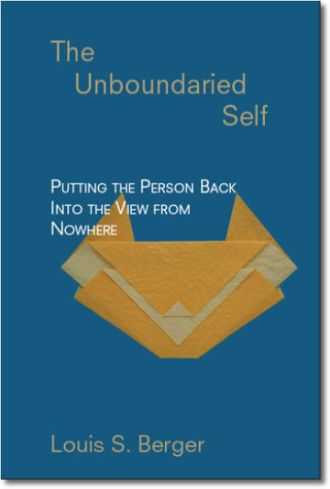 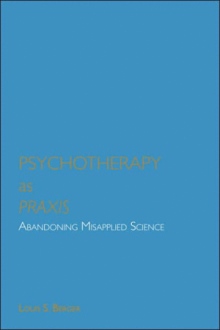 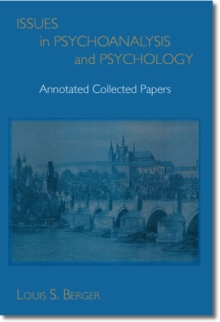 Issues in Psychoanalysis and Psychology
$32.50

In publications spanning over 30 years Dr. Berger has presented clinical and philosophical critiques of psychotherapeutic theories and practices in numerous monographs, papers, and reviews. The Unboundaried Self extends these investigations, focusing on the limitations introduced in virtually any field when it treats its "objects of study" as detached from persons, as having an independent existence and obeying impersonal laws of nature. While disciplines readily grant that such severed objects did originally come from subjective observation and manipulation, they also maintain that thereafter the person (experimenter, investigator, theorizer, perceiver, thinker) becomes irrelevant; at that stage, the human being can and should be removed from the scientific scene and replaced by "the view from nowhere." From then on, scientific theories, data, facts, events, are just "out there." Their genesis in human activity is forgotten or ignored.

By means of far-reaching critical analyses that draw on philosophy, the neurosciences, linguistics, literature, anthropology, psychoanalysis (particularly its understanding of the neonate's state), physics, and Eastern thought, Dr. Berger demonstrates that such presumably independent objects of study are but the remaining impoverished traces of what originally had been complex and rich human situations and activities; accordingly, he dubs these kinds of supposedly independent entities "Cheshire Cat Residues." His analyses also reveal that a belief in the independent existence of such inert objects is suspect, and that disciplines typically pay a high price for uncritically accepting it as true. The author concludes that any field would profit from reconsidering and even restoring the neglected and obscured ties between its various objects of study and their human architects.

The Unboundaried Self illustrates the value and wide relevance of this proposed approach by applying it within four exemplar subject areas: language studies, mathematics, psychology/psychiatry, and physics. The outcome often is unexpected. Particularly surprising are findings in mathematics about the nature of self-referential paradoxes (e.g., Russell's, Gödel's), and about the foundations of arithmetic. The book will appeal to workers interested in the conceptual underpinnings of their discipline as well as to general readers who are intrigued by fundamental philosophical issues.

Louis S. Berger’s complex professional and academic career spans the fields of clinical/experimental psychology, engineering and applied physics, and music; he holds degrees and has substantial experience in each of these fields. He is the author of Substance abuse as symptom: A psychoanalytic critique of treatment approaches and the cultural beliefs that sustain them (Analytic Press, 1991), Psychotherapy as praxis (Trafford, 2002), Psychoanalytic theory and clinical relevance (Analytic Press, 1985), Issues in psychoanalysis and psychotherapy: Annotated collected papers (Trafford, 2002), Introductory statistics (International Universities Press, 1981), and over 50 papers and book reviews. Dr. Berger has consulted widely in clinical psychology, was the staff psychologist at Southwest Research Institute, and taught in the psychiatry departments of the medical schools in Louisville, Kentucky and San Antonio, Texas where he currently is in private practice.