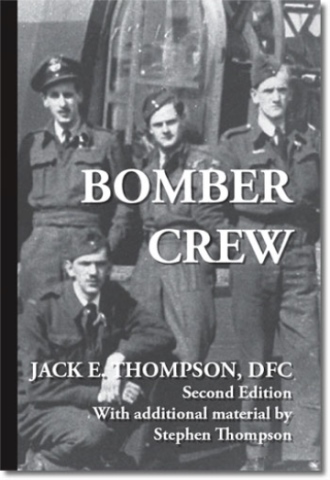 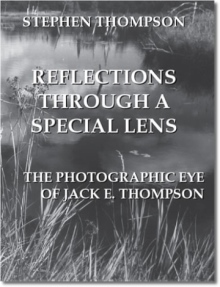 Bomber Crew was self-published by the author, Jack E. Thompson, in 1989. This second edition has been re-published to acknowledge the 60th anniversary of VE-Day, to commemorate 2005 as the Year of the Veteran and to help celebrate the life of Jack E. Thompson (1923-2003). Some additional material including photographs, not available for the original version, have been added by the author's son, Stephen Thompson.

Bomber Crew is the record of a tour of duty of the crew of the Lancaster bomber G-George of Bomber Command 12 Squadron based at RAF base Wickenby, Lincolnshire. This is a story of the bonds formed among seven men, five Canadian with the RCAF and two English with the RAF, bonds that lasted their lifetimes. This is the story of the happenstance and chaos of "crewing up", of endless "practice, practice, practice" sessions, and the excitement and terror of late-night bombing runs over occupied Europe and deep into Germany.

The author and his crew would suggest that their tour was very ordinary and unremarkable. From data declassified post-war, they learned otherwise, that it was remarkable that these seven crew members survived the war and returned to civilian life. Only 40% of Bomber Command aircrew survived the war, and not all of those without physical or psychological injury.