Trader Among The Flock 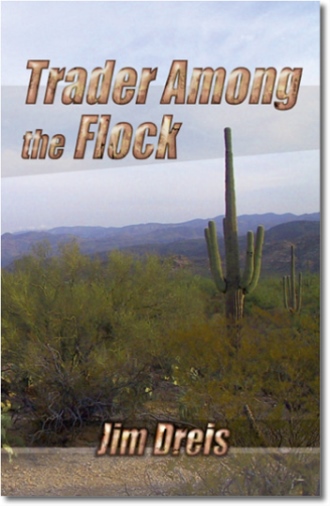 Released of all charges Ivan returns to the traders club which doesn't sit well with members through none are about to call for his ouster. Most though he was headed to prison and they'd be rid of him. Rumor had it his defense attorney threatened to put Peety (his Ma Caw) on the stand until the feds, realizing they'd look ridiculous if he did, decided to drop all charges against him and his two cohorts, Elmira and Tina.

Ivan sensed the uneasiness when he walked though the door at the traders club but sloughed it off as their problem, he was back to put his money to work and what better place than theirs. Opportunity soon falls in his lap. He's offered the chance to lend money to church. Soon he takes over the books. Only a naive minister would allow such a thing and that described Helmut Bernard. Overwhelmed by duties he welcomed help of any kind. The fact that Ivan would be making payments to himself nothing, as he didn't know a thing about money, for that matter never had a checking account. In short order Ivan not only handles the books but advises on ministerial matters, which is a sure recipe for disaster.

Helmut grows as minister. Abandoned as a child he struggles though life but finds relief in the Lord. Aided by a couple who take him under their wing you can't help but life him, feel sorry for him too as some of his parishioners are real characters. You'll be amused watching him handle their needs but when the dust settles you feel convinced he made the right choice going into the ministry, a belief shared by those under his care.

Many of the traders believe their group is the last bastion of the free enterprises system so religiously guarded against change; ethical standards, though a nice concept for the residential crowd are eschewed by some on favor of profits.

Peety once again plays a role in Ivan's life as do Tina and Elmira, two participants in the drug scheme he once headed. They find religion in their own right and come back to teach Ivan the power of the populace.

You'll laugh, shake your head, and wonder - could something like this happen?

Enjoy it. I enjoyed writing it.