Sir William Waad, Lieutenant of the Tower, and the Gunpowder Plot 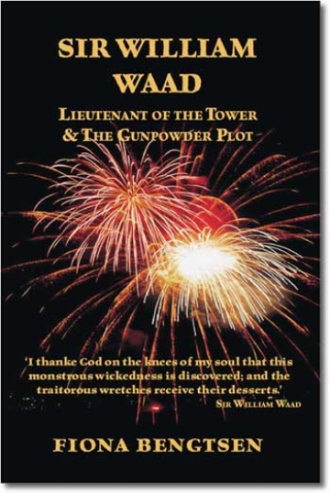 When Sir William Waad became Lieutenant of the Tower of London in August 1605, only three months before the Gunpowder Plot, it was the culmination of a lifetime of service to the Crown. For the previous 22 years he had been a constant visitor to the Tower. As secretary of the Privy Council, he had interrogated numerous prisoners on behalf of the State, several of them under torture. Many of those incarcerated owed their unfortunate position to his skill as an interrogator. He had risen from inquisitor to gaoler

With a known hatred of Catholics and an extensive inside knowledge of almost all previous plots against Queen Elizabeth, Waad's experience as both an 'intelligencer' and inquisitor made him the ideal candidate for the post of Lieutenant of the Tower of London shortly before the Gunpowder Plot.

His early life and experiences produced a loyal servant of the State who was capable of dealing with foreign kings as well as common villains. He had been closely involved with the intelligence network operating in Elizabethan England and continued this association when James came to the throne. With years of experience dealing with informers, Waad knew how to extract information and how to discern plot from counter-plot.

Waad's role in the Gunpowder Plot and in the capture, interrogation and execution of the culprits are explored in detail. Proud of his achievements in bringing the perpetrators to justice, he erected a huge commemorative monument in his Governor's house at the Tower, which still exists today. Yet, despite his obvious success as Lieutenant of the Tower, he was eventually ousted from his post on suspicion of embezzlement, and narrowly escaped being indicted for murder. He retired to his 'farm' near the village of Manuden, Essex and was buried there in 1623.

Born in Lancashire, the author lived and worked in France, and in the USA, before returning to settle on the Essex/Hertfordshire border during the 1970s. A first degree in Humanities from the Open University led to further pursuit of her interest in history in the form of a Cambridge University Master's degree in history. Fiona has been involved in history in the community for over 20 years, and has written articles in academic journals as well as producing a number of booklets on subjects of local interest.