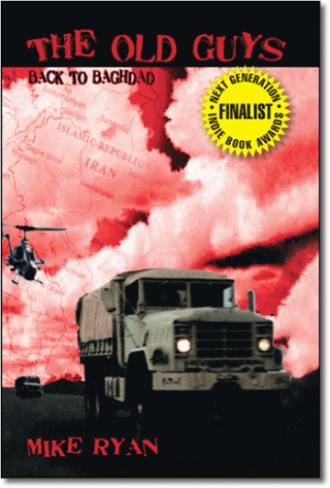 The explosion had been timed to take place after the terrorists and their prisoners were several miles down the road. Bright red and orange flames burst skyward as the blasts obliterated everything in the camp. The ground shook as if caused by a massive earthquake. The old guys were the only ones who witnessed all of this from the hill. “Can you believe this?” Numley said. “It’s like some kind of nightmare,” Keith Jacobs replied. From their position before the explosion they had observed the activity in the camp as best they could in the dark. They had seen the intruders with their flashlights enter the building they had just vacated, then watched in terror as they came running out the back, plunging through the bushes toward them. They flinched in silence each time a terrorist fired his rifle; they froze as beams of light sought them out. Later they watched their captured comrades being loaded into one of the mid-size trucks with a canvas tarp over the top and down its sides, then driven off on the dirt road toward the Baghdad highway. Numley whispered, “Did you see that? They used my truck to carry them away. Why my truck?” “Didn’t you say your gas gauge was broken?” Owens asked. “Yes. It says the tank is full, but it’s almost empty, probably less than a quarter of a tank." “Then they won’t be driving far, will they?” “Probably not. They’ll wish they filled up instead of trusting that gauge. That’ll surprise ’em, won’t it?” Once the truck had driven off, they watched two men that had remained behind run around the camp searching for…something. “Maybe they’re looking for us?” Owens elbowed Numley, putting his finger to his lips for him to be quiet. A few minutes later, apparently satisfied, the terrorists ran up the hill in the direction of the old guys. “Shit, they’re headed our way,” Jacobs whispered. “Now what?” “Quiet!” Owens snapped. “Jabaar, give me your rifle.” 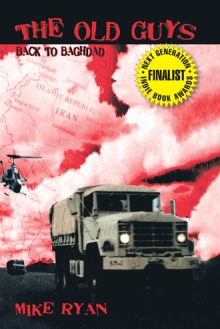 The U. S. led coalition won the war in Iraq with few American casualties. But the real war didn't start until after Saddam Hussein's statue fell. Warring factors wreaked havoc, with kidnapped civilians often paying the ultimate price- beheaded rather than released. As the risks are high, convincing Americans to work in Iraq is difficult-but not impossible. An enormous salary provides many takers ... many of them younger in age looking for a fast buck and a lot of excitement. Terminated unexpectedly and desperate, three men and a retired Marine Sergeant well past their prime, old guys who should have been able to enjoy their retirement, take the risk of driving trucks in Iraq alongside men half their age. Unwanted and ridiculed by the more aggressive drivers, their world is a living hell- until it gets even worse. Until they make a decision to take the greatest risk of all: lay down their lives for men who have made their own lives so miserable. This story tells how men from an older generation follow terrorists into Iran to save the lives of the younger men kidnapped in an attack on the trucker camp. To succeed they must withstand unthought-of hardships, face up to their fears, and overcome almost insurmountable obstacles in an attempt to redeem themselves in society and prove their own self worth. This is the story of The Old Guys.

Mike Ryan spent his entire career in the financial community; a stockbroker, founding officer of a life insurance company, and president of a marketing firm. Although Mike has written numerous brochures and magazine articles during his career, The Old Guys is his first novel. He currently lives in Southern California with his beloved wife Cherie. They have three children from previous marriages, Julie, Kevin and Laurie. Mike is a graduate of Long Beach State College; and the Naval Officer Candidate School, serving aboard a carrier during Vietnam. His favorite hobbies are golf, music and reading novels. Like several of his characters, Mike's company forced him out before he wanted to retire. Part of this novel is his story.