On Being a Woman

Musings of a Radical Mother 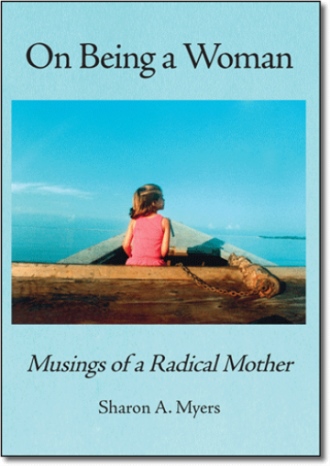 This is a thoughtful response to the question posed to all mothers of girls, implicitly or explicitly, of what it means to be a woman. It's written as a letter directly addressing the daughter in clear, everyday language, offering the best answer that the mother has been able to figure out, based on her analyses of eleven dimensions of women's lives.

These appear in chapters about: gender origins; women's relationships with children and men's lack of equivalent relationships; the reproductive as well as the so-called "productive" economy where women work; human formation via childraising practices; social identity and self-experience resulting from those practices; Marxist and other governments' failures to "liberate" women; race and class colorations of women's experience in the U.S.; and the shitwork factor en(gendered) by present social relations.

What makes this book different from many others addressing these issues?

1. An historical perspective of gender relations as a product of human development created by both men and women.

2. A highly original analysis of political economy which defines labor relations as including:

3. Practical suggestions yielded by that analysis for creating a new social order in which children, women, and men enjoy themselves and each other much, much more than they do today (a vision).

4. Humor, hope, and a flat-out sincere voice spoken by a real mother to a real girl.

(Lit critters beware! This book is in earnest.)

It's for mothers to give to themselves and to their daughters.

It's for all men and women bewildered by these issues who want to make things better.

Sharon Myers has been a waitress, motel maid, legal secretary, model, stable hand, photographer, associate professor of applied linguistics, a mother, and a tour guide in Macchu Picchu. She now works at the American Language Institute at the University of Southern California. In addition to her academic work, she has published photographs and articles of editorial journalism in the former Mexican newsweekly D’ and San Diego Magazine. She wrote Faces Beyond the Fence, a newspaper supplement which won the Robert F. Kennedy photojournalism award in 1980. She has contributed poetry to The Texas Observer, and the story ÒThe Forbidden ListÓ to Sumrall and VecchioneÕs 1993 anthology Catholic Girls: Stories, Poems, and Memoirs by Louise Erdrich, Mary Gordon, Audre Lorde, Mary McCarthy, Francine Prose, and 47 Others.