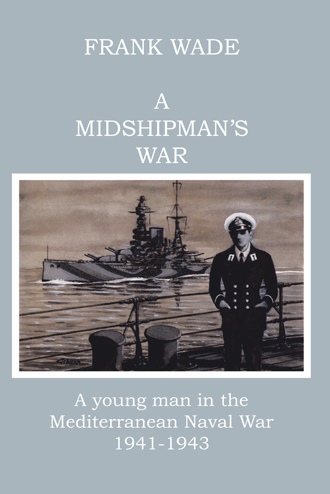 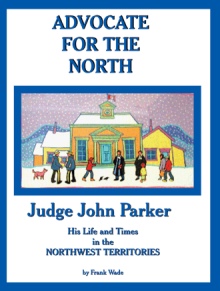 ADVOCATE FOR THE NORTH
Frank Wade
$20.50

"Frank Wade was born in Brandon, Manitoba, Canada in October 1921. He was sent to England to train for the navy in the schoolship HMS Conway in Liverpool and the Dartmouth (Devon) Royal Navy College from 1936 to December 1940. Then in May 1941 he was appointed to the staff of the Commander-in Chief of the Mediterranean fleet, Admiral A.B. Cunningham, doing most secret cipher messages.

At this time the navy had evacuated the British army from Greece and Crete with great losses from German bombers- we had no air coverage. Two cruisers were lost with a 1.000 men drowned or killed. Another cruiser was severely damaged with 250 killed. Other smaller ships were also lost.

Our desert army had been driven back to the Egyptian border but Tobruk had not been taken. It was under siege for 9 months from April to December 1941 putting more strain on our fleet. Wade was in battleship HMS Queen Elizabeth when the battleship HMS Barham was sunk by U331 on 25 November 1941 with 862 men lost and 495 saved.

A strange attack was made on Alexandria Harbour on the night of 15 December 1941 by Italian frog men; severely damaging two battleships. These two ships were given light repairs and sent to the USA for long refits. The cruiser HMS Neptune leading a squadron from Malta to attack an enemy convoy ran into an unknown mine field and was sunk with only one survivor out of 750.

The island of Malta located in the middle of the Mediterranean was never taken by the enemy and it played a vital part in winning the naval war. It was under siege for nearly three years from June 1940 to May 1943. Thirty convoys were sent from Gibraltar and Alexandria. These convoys were hard-fought with many of our merchant ships and warships being sunk. One fully loaded merchant ship was needed by the island every month to prevent starvation. Malta was the most bombed place anywhere. The islanders were awarded the George Cross and a special citation awarded by the US president to Buz Buerling, the Canadian air ace who shot down 26 enemy planes over Malta. The Canadian motor torpedo and gun boats fought many sea battles and were awarded bravery medals.

The turning point of the Middle East war came when a renewed 8th Army under General Montgomery achieved a stunning land victory at El Alamein 60 miles west of Alexandria on 4th November 1942.

The author, Frank Wade, was born in Brandon, Manitoba, Canada. In WW2, he was a cypher offi cer on the staff of the Commander-in-Chief of the British Mediterranean fl eet, the famous Admiral Cunningham, and is the author of a book about his experiences: A Midshipman's War, a young man in the Mediterranean Naval War 1941-1943. He currently lives in West Vancouver, British Columbia, Canada.

For more information about his books, visit www3.telus.net/FrankWade.