Will I See the Sunrise Tomorrow 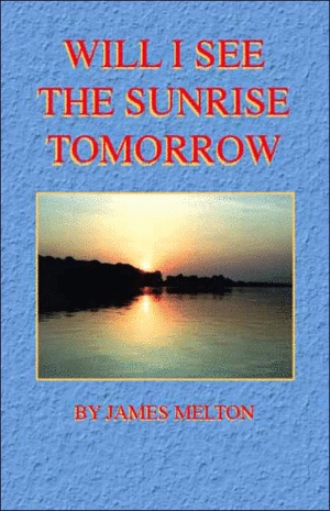 This is an outlined story of my life from the foothilss of the Ozark mountains of Arkansas where I spent my childhood day, to my experience in the bloody Korean War where I was forced into becoming a man almost overnight.

The Korean War began on June 25, 1950 and lasted until July 1953. Almost as many American soldiers were killed during those three years of war as were killed during the thirteen yeears of fighting in Vietnam. Yet some people has the gall to call it a police action, and a forgotten war. This is an insult to all the American and United Nations troops who fought, died or were wounded in that war.

Although we were greatly outnumbered, we defeated the North Korean army and fought the largest army in the world to a dead standstill. The cold weather was also our enemy. It was so cold in the winter that we were afraid to fall asleep, from fear of freezing to death.

In December 1950 the Chinese committed over one million into the war against us. In one battle that lasted less than two weeks, we suffered more than three thousand killed and over six thousand wounded. The enemy casualties numbered over twenty-eight thousand. Does anyone ever win in a war? I think not. Out of one hundred and eighty-six men in my company that landed in Korea together in July 1950, only two were able to walk off that land old Korean soil onto a ship thirteen months later. One hundred and eighty-four where either killed, wounded or prisoners.

I was born in the foothills of the Ozark mountains of Arkansas in 1932. Our country was just coming out of the great depression and times were hard. I come from a large family of eleven children. We did not have much in way of money, but we were rich in health and love for one another. At the age of seventeen, I joined the military and made a career of it. I served and fought in two wars and traveled to twenty-two different countries. I have been happily married for forty years and now reside in the small town of Atkins, Arkansas. I have four grown children and grandchildren we love dearly.