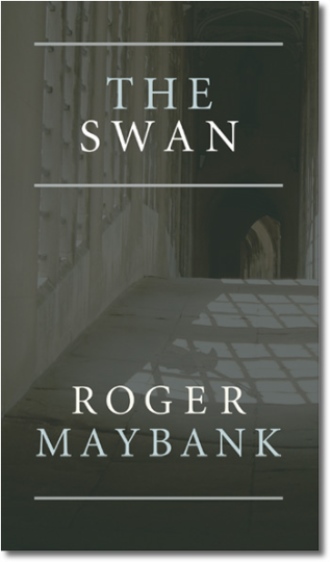 A middle-aged king retires to a monestary high on the slopes of the Swan, the central and sacred mountain of his kingdom, to pursue in peace his studies into the course and meaning of the quest for the Golden Fleece. Years bereaved and grieving for his beautiful dead queen, he finds he is unable to work in the unmoving world of the abbey, where all the monks but one are old, and withdrawn into their years' long life of prayer, under the strict rule of the abbot, the king's half-brother, and his rival, when they were young, for the queen. Gradually the king works less, dreams more, and the dreams take on a life of their own. Shadows of men appear outside the walls of the abbey at twilight, then men themselves, whom he recognizes as the Argonauts. With Medea in the sternsheets, all fifty of them row out of the black ocean in to the mountain glade, apparently threatening the monastery. The lay women servants, housed outside the monastery become lovers of the argonauts, lying with them on the strand, while Jason stands at the open gateway to the monastery, face to face, in electric opposition, with the young monk, the outer expression of the abbot's unyeilding will. The king, now old, and aware that his former kingdom is empty of people and crumbled to dust, is carried by three of the women across the great courtyard towards the open gates.

Born in Winnipeg and lived there for twenty years. Not often since. After university in Britain, and some European wandering, he lived in Greece for some years, on an island, writing. Returned to Canada, to live on the west coast, where he began to write plays, and stage them. THE SWAN is his sixth novel.