A Collection of Short Stories 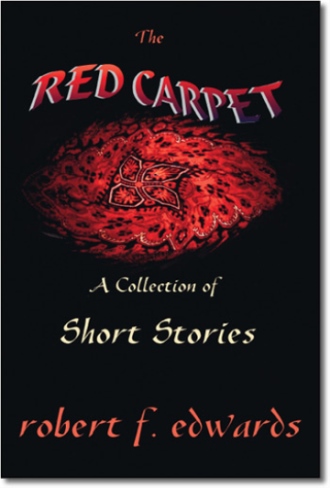 Once upon a time… the starting point of many a short story.

Now read a collection of tales, inspired by the accumulation of a lifetime's event of one traveler. This collage of fictional tales is often based on true events, that the writer invites you to guess which have an element of truth, and which are fictional. He covers the realm; from boyhood dreams, to a young man's nightmares, to old men's terrors. His tales cover the four corners of the world, to interest every reader.

This assembly of 28 short stories begin with a love story symbolized by the Turkish dowry carpet, move on to a quirky Irish friar, a Spanish bull-fighter, knights of old, soul travel experiences, resistance fighters of Viet Nam, Chinese Moon cakes Festival , pubs of Scotland, and everything in between.

Robert F. Edwards is presently living in Burnaby, British Columbia, Canada with his wife of thirty-two years. He maintains a close connection with his daughter and grandson, also living in the Lower Mainland. After a successful career in the business arena, he now has the time to pursue his driving ambition of world travel and has been on every continent. He enjoys sailing, trekking, and mountain climbing. In later years, he took on the challenging sport of fencing, and is proficient with all three weapons. He also writes poems, and fictional stories. He partakes in the arts in the various forms; painting in acrylic and water-color, and clay sculpturing, along with photography. Further information about the author can be obtained at his web-site www.bemebob.com.