Globalization, Islam and the Creation and Distribution of Knowledge Using the Internet 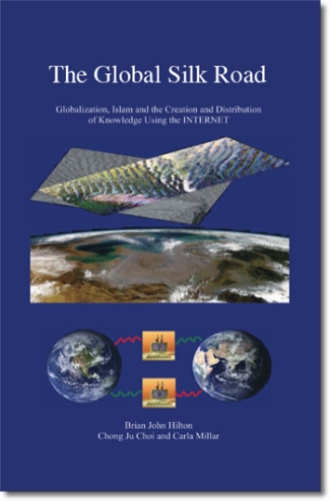 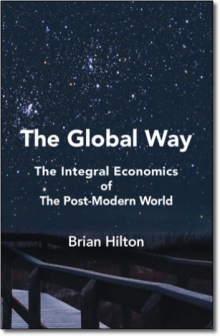 This book develops an explanation of the social evolutionary processes generating human welfare on this planet. Increasingly land, labor and capital is being displaced by globally connected knowledge and understanding as the main productive resource driving growth.

The coordination required for this is global and self-organizing. It uses the Internet. This interpenetrates geo-political boundaries. Thus states are becoming irrelevant for wealth creation, social control or protection. The result is the emergence of a planet wide thought creation and distribution process with many features similar to those of the human brain.

This heralds a new era. Mankind can engage consciously in the evolution of this planetary brain. Each human is a neuron within it. The Internet's communication and computational technology provides connectivity. Interconnected human groups create this brains thought patterns and memories.

The processes involved are controlled by the interaction between creative individualistic forces and stabilizing communal forces. The first are epitomized by a society like the USA where individuality is supreme and the second by a country like China where communality is all.

Modern global connectivity encourages physical production to move to communally based societies and value adding creativity to libertarian ones. The result is that the Internet now connects North East Asia with the West much as the Silk Road did in ancient times.

In creating knowledge costs are mainly fixed. They are those of initial creation not production. Selling globally to 6000billion at 10cents with costs at 3 is better than high prices in a local market. This encourages the global connectivity needed for the emerging global brain's maturation.

Brian Hilton now lives part of the year in Australia and the rest in North America and Europe. He is a committed systems thinker. He is an optimist about the future of humanity and its planet. He has been a public servant in Britain and an academic in both the UK and Australia. He has a keen interest in defense and security matters. He now concentrates on writing and consultancy based on an integral perspective of globalization that uses a social evolutionary view informed by concern about global terrorism.