AIDS: The Crime Beyond Belief 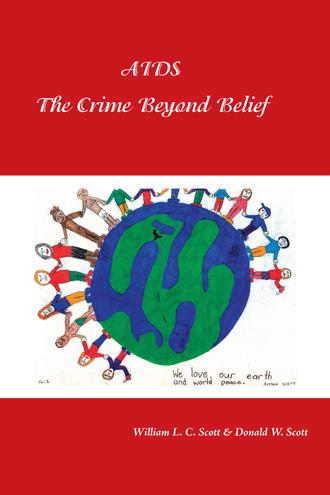 In 1981 two new human disease syndromes were reported. Both involved a malfunctioning immune system. One, a variant of a disabling disease (Encephalitica Lethargica) was marked by extreme fatigue. The other invariably fatal as a consequence of the body's inability to defend itself against a protean range of opportunistic diseases.

The disabling disease, Chronic Fatigue Syndrome (CFS), and its fatal 'mirror image', Acquired Immune Deficiency Syndrome (AIDS), were met with mockery and belittlement by the medical profession and by the media. CFS was quickly labeled the 'yuppie flu' and AIDS dismissed as a 'gay plague'.

Strangely, both echoed a promise made on June 9, 1969 by the United States Department of Defense Committee of Congress: within 10 years the Pentagon could have two new bioweapons - one disabling and one fatal. CFS and AIDS! Congress voted money and by 1981 CFS and AIDS began to present. Today CFS disables at least 5 out of 100 citizens of the U.S., Canada, Europe, Australia and New Zealand, while 8,000 people a day die of AIDS.

The co-factors of CFS and AIDS were discovered, developed and deployed by the United States of America!

Don't believe this study and don't disbelieve it. Read the compelling trail of evidence, then decide whether AIDS is The Crime Beyond Belief.

Donald W. Scott was born in Wiarton, Canada in 1924. He served eight years in the Royal Canadian Navy in all major theatres of war, earning the North Atlantic Star, the Burma Star and Pacific Clasp and other decorations.

Following the war Professor Scott graduated from the University of Toronto (B.A.); Guelph University (M.Sc.) and Laurentian University (M.A.). He served five years as a Commissioner for the Ontario Teachers' multi-billion dollar Pension Plan and founded the Common Cause Medical Research Foundation. Prof. Scott taught at the high school and university levels and was appointed adjunct professor of molecular medicine. He has been named a life member of the Ontario Secondary School Teachers' Federation and has received many other awards over his fifty year career.

In 1995, with the help of his son William Scott, he began the full time study of the degenerative diseases, including AIDS, Alzheimer's, ALS, cancer, chronic fatigue syndrome, diabetes type one, fibromyalgia, Huntington's, Parkinson's, multiple sclerosis and other mycoplasma-based diseases. With Wm. Scott he has published Skull Valley; The Brucellosis Triangle; Amyotrophic Lateral Sclerosis and Life.

He is married with eight children. He expects to retire on his eighty-fifth birthday in 2009.