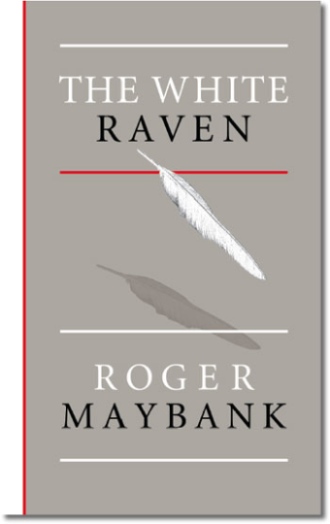 THE WHITE RAVEN is set on the west coast of Canada, in a fishing village on an island off the coast, far from towns and cities, about fifty years ago. Almost all the villagers are First Nation people, including Yale, the 'Raven' himself, an old man washed up on the beach of the island some years before the events recorded in the tale. Guided by Old Tom, the village story-teller, he is carving a totem pole. Very slowly. Over years. In a derelict shed in a derelict village a little way further along the island's shore. Helped by Luke, a young man of the village. He also heals by traditional methods people in the village who fall sick, and steals from them at every opportunity and with great skill. Which, among other faults in her eyes, brings him into conflict with Mrs. Alb, the only white woman in the village, who owns the store and runs the fish cannery. The bones of her husband, Amos, have been found in the forest by Yale and are kept by him in the shed, with apologies, as a hostage in their long-running battle. Her half-sister, Agnes, not quick-witted, is also a hostage of sorts, wanting always to be as near to Luke as she can be, which means that from time to time she is roughly thrown to the ground. The tale is told as seen by the four leading characters, none of whom sees anything in the action as comic; but the other villagers do. And, against likelihood, the celebration of the potlatch at the raising of the totem pole on a bluff above the ocean, comes to pass

Born in Winnipeg and lived there for twenty years. Not often since. After university in Britain, and some European wandering, he lived in Greece for some years, on an island, writing. Returned to Canada, to live on the west coast, where he began to write plays, and stage them. THE WHITE RAVEN is his second novel.