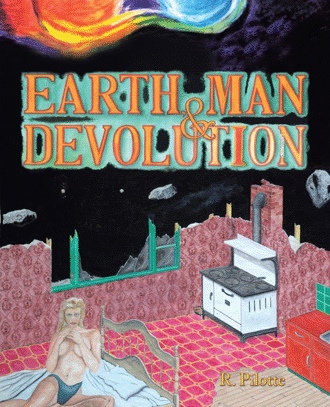 Many researchers into ancient and ongoing mysteries tend to bace their conclusions on false theories. Thus mysteries remain unsolved or the solutions are inconsistent. This is because they usualy base their theories on the idea that man and his environment is evolving, contrary to laws of science such as entropy and thermodynamics. Thus they are unable to explain advanced technolgy in the ancient past. It doesn't make sence to them because they assume we are evolving from a primitive man. so how can a primitive man have advanced technology? They assume he can't because he's primitive so they come up with rediculous solutions baced on what they think a primitive man could accomplish. For example ancient feats such as the construction of the pyramids have impossible solutions. Thus their explanations for just this structure are fantastic, and worked out would mean the pyramids took 2223 years to build. (naturaly they reduce that as they know that's nonsence) My book takes evolution and just disproves it, and replaces it with Devolution, that is the fact that all of mankind, and the world itself are in a state of decline. Apply this principal to ancient man and his capabilities and suddenly ancient history changes...we can solve mysteries and suddenly those solved mysteries help aid in solving more mysteries. This book solves a myriad of mysteries by this principal. Some long standing mysteries just naturaly explain themselves by logic and looking at ancient records. By assuming that ancient man was vastly superior to what was previously assumed (based on Evolution) and taking thier "myths" and records at face value, a whole new picture of ancient history arrives. This is the picture I present in this work 20 years in the works. 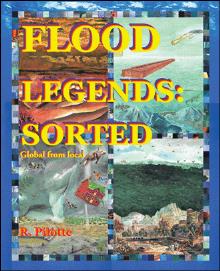 A Girl on a couch appeared in an electro-magnetically generated cloud and it was deduced to be a vision from the past. UFO’s are seen to appear and disappear out of nowhere and they are presumed to be entering and leaving another dimension. The ancients speak of the Gods descending to earth, and they’re deduced to be spacemen from another galaxy seeding life on earth and helping evolution along. Archaeologists see the pyramids and decide they were built by 200,000 slaves to exacting standards we can’t match today, just to bury a king. People read about world flood legends, look at Mount Everest, say “Impossible”, and decide the legends speak of local floods. Anthropologists see writing start about 5000 years ago and deduce this is evidence of the greatest advancement in the history of mankind. These deductions are all incorrect. Find out what these and other curious tidbits really mean, and how they’ll change your world view forever.

Ever wondered where the Noah floodwater went? Find out where it came from and finally…where it went! Radioactive Carbon 14 in our atmosphere isn’t at equilibrium: it forms at a faster rate than it breaks down. Why? And why is that crucial in figuring out the age of the earth? Ever wondered what caused different races? How about Dinosaurs? Find out what killed them… recently, and be prepared for a shock, because they aren’t all dead! One of the plagues of Egypt was the river of blood, but this happened in more places than just Egypt. Find out the cause. This book solves the Bermuda Triangle disappearances, invisibility, the Tower of Babel, frozen wooly mammoths, erratics, massive fossil sites all around the globe, destruction of Mu, and Atlantis. We also figure out the origin, of reincarnation, the underworld, the continents, the seven heavens, pole shifts, the Sumerians, and not just the origin of the gods, we find out who they are! How can one book solve so much? Read: Earth, Man & Devolution.

I've created a new cover for my book and added 1/3 more material as well as fully illustrated the book. If you have an older edition feel free to contact me for the 3rd edition updates with new cover and all the illustrations for free. (I'm also the artist for my book)I'm on facebook in Victoria BC under Rick Pilotte

Some of the books and authors that helped with some key information were Charles Hapgood; Maps of the Ancient Sea Kings, Immanuel Velikovsky, Earth in Upheaval, Wallace Budge (Book of the dead), The Hollow Earth by Raymond Bernard and many more.

No degrees or PhD's are held by this character, he is just a naturally curious fellow about his surroundings and has been since childhood. This armchair researcher, with no official post graduate schooling was not constrained by conventional theories when studying his many references used for this book. Combine this with a natural ability to organize material and a high intellect and penchant for solving puzzles all being used on ancient mysteries, meant that slowly these mysteries melted into feasible though somewhat fantastic theories. His interests were not confined to narrow focus's or fields and consequently his wider interests also helped in crossing borders of the various disciplines in order to come up with these theories. He is also an artist and painted the cover of the book which reflects some of the theories presented in the work.