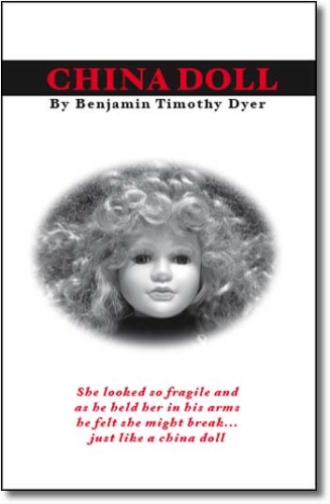 Darrell Grey, a somewhat loner in life, apart from a work colleague by the name of Jack and his one passion: an old Triumph TR7. Nothing caught his eye, until one day a delicate china doll by the name of Hannah enters his life with explosive circumstances. Suddenly Darrell's life takes on new meaning with life threatening dangers. Hannah is part of a Mafia organisation which goes by the name of Grey Dawn and they are very keen to keep her in their clutches. She has a volatile boyfriend (Brian Lopez) and a watchful older man called Jonathan. Lopez catches on about Hannah's fascination over Grey and embarks on a personal vendetta to eliminate him; from sabotage to a bombing he wreaks havoc while Jonathan is torn between protecting the girl or Lopez. Now Darrell and Hannah are facing an impossible situation; if they flee, just how long will it take Grey dawn to come knocking? Or if they go their own ways, could they live their lives not knowing whether each one is still alive? Follow their race against time, as love the most powerful emotion mixed with the deadliest emotion of all jealousy, takes all involved on a head on collision which could see Darrell's china doll smashed to pieces forever.

"A brave plot which keeps you guessing right down to the end. Intelligent characters mixed with a brilliant writer makes this book a must read for all who love a romantic thriller in their book collection."
- M.Burney

Benjamin Timothy Dyer author, of China Doll, has been writing novels for many years. He resides on the Isle of Wight with his wife Emma and there he has dedicated his spare time to writing. Even from a very young age he was fascinated with the literary world and often penned short stories which were well received at school and among close friends as he grew older.

Now this is the part I hate, talking about oneself and blowing his own trumpet. I am not going to do that. I believe my stories do what they can to decide whether I am any good or not. All I'd like to say is that I have been writing for about ten years. I started writing comedies for a good pen friend of mine back then. The stories were about a couple of characters named Bill & Ben who lived on the Isle Of Wight and got into a pickle in life and love with a host of characters from Merv the nutter to Sharon the love starved bimbo. These stories and I think there were about fifteen over a five year period were generated to help my dear friend through some rough times and I hope they helped. Well, I think they must have as we are still good friends. Oh, by the way, "Hello Mette", just in case she is reading this right now.

After these stories faded I decided to branch out in my writing talents, like children's stories, sci-fi with the Evoman trilogy and more serious areas like Muster's Pride and "China Doll". Most of it is experimental and has been past my favourite critic my dear wife Emma.

I hope you enjoy reading "China Doll" as much as I have enjoyed writing it. I wrote this story much in the way a film takes you through the character's lifestyle and leads you onto an explosive head on collision before taking you into a happy ending. I don't write stories with a definite ending in mind and will always write from the beginning and map out my characters as they go. Often the ending I had in mind has changed somewhat to the finale I actually pen down. I love this type of writing and I hope you do too.