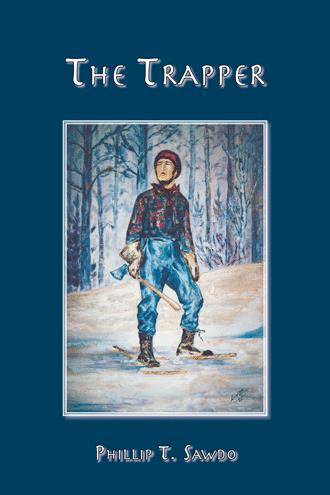 The life of a First Nation family living in the bush in the early nineteen hundreds. The author writes about his early childhood when he would go trapping with his family. He also writes about when he had to go to war and when he returned. He writes about his trapping experiences, guiding tourists and poaching in Quetico Park.

May I take this opportunity to thank the Sawdo family for the honour of presenting the eulogy for my friend Phil. It is my hope that this eulogy will reflect the feelings of many.

On Monday, just one day after Phil's death, Jean and Linda came to my office to talk about the topics for this eulogy. I quickly noted how composed the two ladies were. I then indicated that I was impressed by this composure - Jean remarked, it is because Phil prepared me and my family for his death.

I think the final act of preparing his family for his death was indicatory of how Phil handled life. Something as shocking as his own death, the sudden termination of his life, represented a chore for him - unselfishly preparing his family for his death at a time when all his thoughts could have been justifiably on himself. He was a person who made a career out of understanding life in perspective with the realities of life and as a result could help others understand themselves and their situations.

I asked Jean, "What topics would you like m to talk about in Phil's eulogy?" Jean replied , "I would like you to talk about the feelings others had towards Phil." A chore which I felt would be a pleasure at a sad time for me.

I contacted some close friends of Phil's. It Is interesting to note that I contacted each of these people at separate times yet all had the same things to say about Phil. I would also like to mention that I asked these people about negative aspects Phil may have possessed. All indicated that at times Phil presented a philosophy of life that may have been perplexing, but it in turn made one think and understand. This in turn made these people all the better for it.

The most important love of Phil's life was his wife Jean. They were lovers, best friends - a team. They planned their unique life, shared thoughts, selected goals which were personal and very much different from the conventional ways that most of us pursue. Although Phil was very independent and resourceful, he relied very heavily on the emotional support of Jean. Phil was a visionary who not only taught his family the realities of life, how to cope with these realities, but how to take care of themselves and their feelings in a very positive manner. The result of Phil and Jean's philosophy of life are clearly identified in their highly successful children.

Phil was a trapper. He loved this craft. He selected this way of supporting his family over the more structured and financially lucrative jobs that life had to offer. He lived on the land and lived off the land. Rather than seeing himself as a person who exploited the furs of animals, he saw the role of the trapper as maintaining nature's balance. He was a proud trapper who detested bureaucrats, or interest groups who publicly condemn the trappers' craft without understanding the realities of life or the realities of the animal world. Although he did not have a formal education, Phil became a top conversationalist by his insatiable need to understand life and how life pertained to nature. He used methodical and practical thinking in everything he did. I cannot even remember Phil doing something that was not well thought out. Although Phil's primary interest in life was trapping, he excelled as a wilderness guide, prospector and constructing cabins. He was a member of the Royal Canadian Legion Branch 145 on Atikokan having been a veteran of Word War Two. He served overseas as a paratrooper from 1941 until his discharge in 1946. Phil was a member of the Ontario Trappers Association and the Lac Des Mille Lacs Indian Reserve.

He was a teacher to all. Many times and for many days at a time Phil would work alone in the physical sense which gave him all the company he needed. One cannot help but feel that Phil developed and intimate and personal relationship with nature. It was like he accepted nature's challenge to be understood. Not only could Phil sense and understand his life in nature, but he could relay his understanding to others. Phil would then teach the young about life in combination with nature. He loved the young. He loved to have the young show an interest in what he was doing. He loved to give the young a feeling of themselves. It is interesting to note that many men who sought Phil's advice as a child are very successful leaders today.

Phil was respected by many leaders in all walks of life. Government, business, and community leaders all have sought Phil's advice during the course of his life. Phil always had an opinion on how man could live in unison with nature's delicate scale. He believed that nature was for man and that man was an asset to nature - not a liability.

In conclusion, Phil did not like people to cry. He would much rather that the individuals reason out their problems and take corrective action. As a result, Phil's death represents a loss to me, but not a tragedy. For I believe that Phil would rather have you and I look at his death as a challenge. It is my hope that although Phil is gone, that we remember the following things:

These are great challenges but I know they can be done. I know one man who did it.