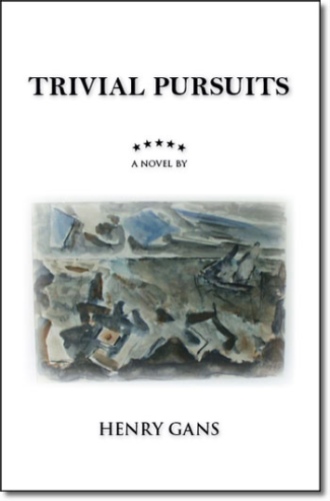 Josh Friedman, the billionaire arbitrageur, invites a few wealthy friends to meet Simon Wiesenthal, who is visiting the States to raise funds for his on-going efforts to locate and apprehend Nazi war criminals. One of his guests is Dr. Adam Jonas, theCEO of a new biotech company and Friedman's latest business partner. He is invited to solicit his help in solving another major art crime.

As Wiesenthal explains it to Adam, this time it involves a collection of valuable 16th Century Dutch paintings that Hitler confiscated in 1942 (for the museum he planned to build in his birthplace Linz, in Austria) from a Dutch Jewish art dealer in exchange for safe conducts that allowed the dealer and a small group of his friends and relatives to leave Nazi occupied Holland for Switzerland.. The location of the paintings remained unknown, till one surfaced, unexpectedly, in 1984, to be sold at Christie's in New York. The consigner, upon discrete inquiry, is Ted Barnum, the same person who remains still at large after masterminding a major art theft that involved a truck load of paintings in transit from one museum to the next. (as previously described in Tangled Lives.)

Both Wiesenthal and Freidman assume, from the fact that Barnum now lives in Rio de Janero, that after the war the missing paintings were spirited out of Germany by a high ranking Nazi who moved toSouth America Those two have decided that this lead should be pursued, preferably by Adam, because of his proven track record as a resourceful art sleuth, to try to locate the other, missing paintings and their owner in the hope of ferreting out another Nazi war criminal.

Adam Jonas, at the point of launching his new research based bio-tech enterprise, with the financial support of Josh Friedman, is persuaded, after some real soul searching, to set aside all his present commitments for the time being and go to South America instead to try to retrieve the missing paintings with the help of Simon Wiesenthal's long time, trusted aid, Piet van Huysen.

This is an account of the birth of a new bio-tech company, and of the hunt for the missing art treasures, and how these finally are retrieved under the most auspicious circumstances.

Other titles available through Trafford by this author:
Tangled Lives
Stories My Mother Never Told Me
Caveat Emptor