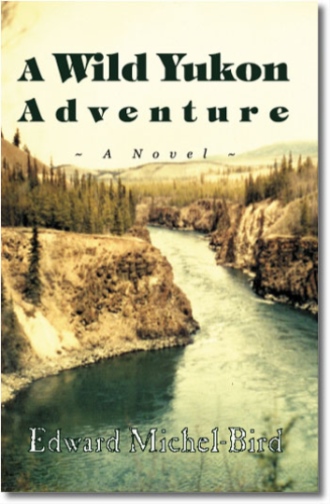 A young man’s two-year adventure in Canada’s fabled land of the Klondike Gold Rush – to finance his studies. This challenge becomes as much a right of passage, as a means to an end. His office work at the Millewaye Construction Company does not fill his idle hours.

As he learns to cope with the extremes of temperature which frequently dip to 55+ below zero, he called upon to play many roles, wear many hats, in the little town of Whitehorse – for many a refuge from a shady past.

He enters into the life of this rugged community with youthful if unwise enthusiasm. He merges with a unique and varied cast of characters and becomes emotionally involved; yet while sometimes carried away by their excesses and tragedies, he always respects his obligations and struggles to maintain his dream.

Later he was appointed Professor for three years at the Ecole des Traducteurs et Interprètes under the aegis of the University of Paris. Then, after his marriage, he returned to U.B.C., Vancouver, Canada, to accept an appointment in the Department of French. He has published a number of articles, three textbooks, co-authored a fourth with his wife.

His work in fiction: Other Voices, Other Climes, (a collection of ten unique stories) and four novels: Shadows on the Seine: Paris 1952, Diamonds from the Dark Side, Echoes from the Past, and The Coverley Pines Affair.

The author now resides in West Vancouver, B.C. and winters in California.