The Radical Right and the Murder of John F. Kennedy

Stunning Evidence in the Assassination of the President 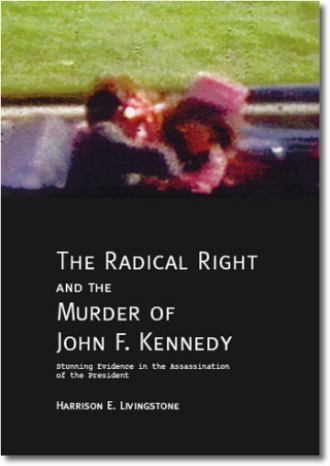 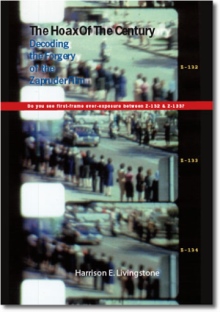 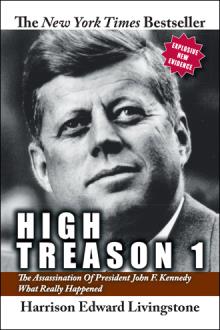 The Radical Right and the Murder of John F. Kennedy: Stunning Evidence in the Assassination of the President

Harrison E. Livingstone's major new book, the fifth of his works on the death of JFK, brings together for the first time all of the central evidence demonstrating a domestic Right Wing conspiracy rooted in Texas which assassinated the President on November 22, 1963. The book represents forty years of work.

The book discusses in great detail the actual medical evidence and the forgery of the autopsy photographs and X-rays, which Mr. Livingstone first exposed, the alteration of the autopsy report, the framing of the designated patsy, Lee Harvey Oswald, and the substitution and fabrication of every single piece of evidence.

It discusses the role played in the murder by some of the most powerful men in the country: Lyndon Johnson, J. Edgar Hoover, and Richard Nixon, as well as the rich oil men and companies who backed them. It then describes the cover-ups by the media, the major investigations over the years, the FBI, and the mind-control cooperation at work in the case to misdirect researchers and the public. The book describes in great detail the people and companies in Texas who planned and carried out the assassination. It names names.

One recent investigation in the 90s followed Mr. Livingstone's preceeding work and reinvestigated with the witnesses both he and the official investigations had talked to, but this time took into consideration their documentation and what they had actually said, and in a chapter this is his stunning new evidence from the U.S. government under President Clinton that is blowing the lid off the case. Mr. Livingstone first revealed to the Washington press corps in 1998 that there has been such a secret investigation, and spoke for fifty minutes when the Assassination Records Review Board gave their final press conference. As a result, Mr. Livingstone was on all major TV networks and on the "Today" show (NBC) with Katie Couric the next morning.

The book also contains the story of Dallas doctor Charles Crenshaw's law suit and the depositions of the editor and writer of the Journal of American Medical Association who libeled him in articles in 1992. Dr. Crenshaw's book about trying to save Kennedy at Parkland Hospital shortly after the shooting came out on the same day as Mr. Livingstone's major work on the medical evidence, High Treason 2, were JAMA's targets, and the depositions contain much discussion of Mr. Livingstone's major impact on the JFK case.

This new book is to be followed closely by a sixth book entirely about the Zapruder film, called The Hoax of the Century: Decoding the Forgery of the Zapruder Film.

Harrison Livingstone, a great admirer of President Kennedy, traveled to Dallas in December, 1963, and took a room near the Dealey Plaza. While studying the ground where JFK was shot, he met Penn Jones, Jr., a combat veteran and colonel at the Anzio beachhead and other famous battles in Italy during World War II, and Jones showed Livingstone both storm drains on and near the triple railroad overpass that the fatal limousine headed towards when th shots rang out. "This is where the shots came from," Jones said. Livingstone began an extraordinary investigation to find out if this was true or untrue, and found powerful evidence to support such a conspiracy. Along with the discovery of the forgery of the autopsy evidence. Not long after, the south drain over Commerce Street was paved over when the parking lot was extended.

Livingstone has researched the case ever since, producing six major books (three of them are bestsellers) on the case with a specialty in the medical evidence. His published articles would fill a seventh book. At times his investigative team involved nearly 100 people spanning the nation. In 1979, he was the first person to show copies of the autopsy photographs to the Dallas doctors and nurses and elicited their responses which Penn Jones published. The Dallas medical witnesses uniformly denounced the pictures as not representing the wounds they saw. This startling finding has been substantiated by major government investigations involving the autopsy doctors, photographers, corpsmen, and the FBI agents present, as well as the other researchers, presented in his previous books.

His work changed the entire course of the investigation. Questions about the credibility of the medical and photographic evidence were a great taboo, and he had to overcome the "gatekeepers" in whose agenda was to insist that the medical and photographic evidence was authentic, whereas Mr. Livingstone held that (like the evidence against Lee Harvey Oswald), it was fabricated. "All of the evidence in the case is false!" he says. His task was to prove it, and that he did in his first four books. He is considered the principal researcher, investigator and write in the case, with several bestsellers to his credit.

He had suspicions for many years about the Zapruder film and those who placed great credibility in it, but "it was very difficult to find something to hang one's hat on" he says. Slowly, the picture came together and he developed powerful evidence of the falsification of even that famous film, presented in companion volume to this book: The Hoax of the Century: Decoding the Forgery of the Zapruder Film.

Mr Livingstone writes novels, short stories, plays and films. He has written a ballet film for children and their families, historical dramas about Cortes, Hitler, and the entire American Revolution, and an Elizabethan bawdy comedy. With roots on both coasts of the U.S., he lives in California.