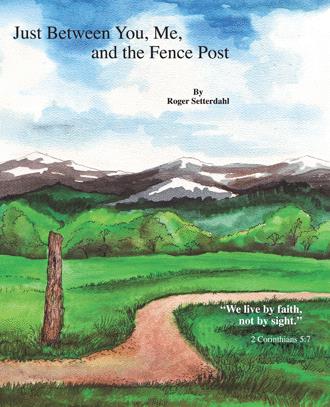 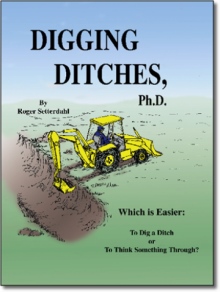 How can the content of this book be described. Is it a mixture of thoughts gleaned from various parts of the Bible? Is it a hodge podge of information that the author tries to convey to the reader? Is it nothing more than a scrapbook that contains ideas and experiences? Perhaps it is a collection of mistaken perceptions that has no real place in the world today! Perhaps this book amounts to nothing and deserves to be filed in the trash can immediately. Whatever may be the reader's thoughts about this book and previous books that I've written, I offer no apologies. If the reader has been offended, I want you to know that was not my intention, but I do offer blunt assessments of the religious community as I perceive it to be. Realize that I write from my own perspective, my own personal experiences, and my own personal beliefs, however right of wrong they may be in someone else's eyes. I do not encourage anyone to believe as I do. Everyone is at liberty to arrive at their own conclusions. My intentions is provide information for consideration.

I consider it a challenge to thumb through Scripture and draw attention to various parables, episodes and verses that are contained in the Bible, and then write about that material by commenting and asking questions. Asking questions is the most basic means of communicating with other people and it was what Jesus desired form those whom he taught. Many questions that I ask I have no idea as to the answer, but the questions are asked to provoke thought and create discussion. Once can only imagine where thoughts may lead, and that, to me, is exciting!

I would like to emphasize an important expression that I have written below and also written again later in their book. Albert Einstein is considered by many as a highly intelligent and knowledgeable person in the field of physics and mathematics; in fact, when he discovered the theory of relativity E=MC, he was declared a genius, and rightly so! For me, though, I delight not in his scientific equation, but in his simple statement:

Imagination is better than knowledge!

Roger Setterdahl is a grain and livestock farmer who owns and operates a farm near North Henderson, Illinois. Born in 1941, he attended college before joining the U. S. Army in 1966, spending 12 months of action on Vietnam during 1967-68. He and his wife Carol have two grown children. Writing is a pleasure for him, and of special interest besides farm topics is that of Christianity and religion. Participation in a small-group Bible study with friends led to the formation of TAG Ministries Foundation, Inc. This not for profit organization was formed in 1997 and can be located at the following web site: www.truth-about-god.org.

Besides this book, Just Between You, Me and the Fence Post, the Author has written and published Digging Ditches, Ph.D. and The Ditch is Just as Deep on Either Side of the Road.