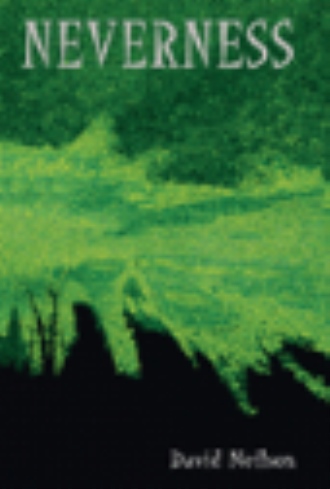 In the first book of the trilogy, Standstill, Victor and friends returned from holiday to find themselves in a drastically altered world. William and Victor quickly set about enjoying their new-found freedom, leaving the girls to look after Poffington Hall. Mike resumed experimenting with his pet project the Suspended Animation Ray, but one year on, disaster struck when thousands of spaceships became trapped in its beam.

Neverness begins that fateful morning. Inevitably the SAR generator starts to fail, and in the ensuing panic Victor convinces Mike to use a known side effect of the SAR to disappear the spaceships into thin air.

Having survived, Mike realises that with some modifications to the kit, it might be possible to find out where all the disappeared things have gone. Before long a whole new dimension opens up for them. With their first visits into the Neverness, they discover a strange misty green twilight, brimming with suspended life forms. Could this be where everyone went after the previous year’s mass disappearance?

Frustrated by their lack of success with the girls, the three men come up with a devious plan that should provide them with sex on demand. If they could find a way to recover people from the Neverness, they would be able to set themselves up with some of the best looking girls. After a few trial runs they take the plunge and recover two supermodels, Pershia and Indala. They are accommodated at a secret location, a nearby country hotel, which has been renamed The Babehouse. However, things immediately start to go wrong and the men find themselves in a sequence that rapidly spirals out of control.

David Neilson was born in Oxfordshire, England, in 1955. He worked in graphic design and photography before becoming a writer. He has travelled extensively around Europe, living in the Greek Islands, West Berlin (before and after the fall of The Wall) southern Spain and County Tipperary in Ireland. He currently lives in the Cotswolds with his wife Rachel and German Shepherd, Portia. This is his second book in the comic sci-fi trilogy.