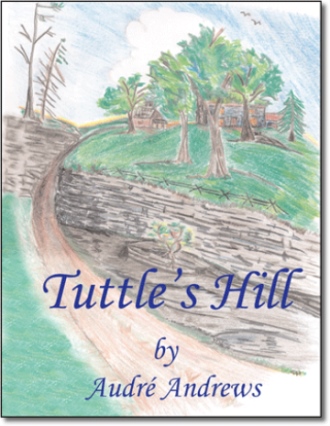 During the American revolution, naïve thirteen year old John Tuttle is drummed into the Queen's Loyal Rangers. His father, Jonathon Tuttle, acts as a spy for the British and as pilot for the fleeing refugees.

At war's end in 1783, John is 16 years old, a private with Captain Edward Jessup's Rangers. He has not fired a shot and is disillusioned. For months John searches for his mother, Massa Whalen and his two younger sisters, Ruth and Abigail Tuttle, who had been driven out of their home near the junction of the Hudson and Mohawk Rivers. With countless displaced women and children, they tramp north through uninhabited forests to reach safety with the British lines. Governor Haldiman orders barracks built for the refugees at Sorel and Machiche on the St. Lawrence River.

John finds his family and lives for ten years with them on the lot Jonathan draws at Williamstown on the Raisin River. After his mother's death, he wanders, a vagrant, a no man, among the settlements on the north shore of the great St. Lawrence River. Then he is hired as a courier between the military towns of Montreal and the King's Town. Later he works as a Commissary clerk at Williamsburg and Kinston.

On his fifty-first birthday, thirty-five years after his demobilization John is awarded two hundred acres of a broad forested plateau boarding the old Montreal Road at the junction of the precipitous hill to the grain mill at the Cataraqui River.

John names his holding, Tuttle's Hill. At his death one-half acre is inherited by his daughter Mercy.

Mercy teaches school before she married Daniel Walker, a sailor stationed with the British Navy at Kingston. Daniel, with officers and men marched on snowshoes from Fredericton to Quebec and thence to Kingston to reinforce the British fleet. After discharge, Daniel becomes a stonemason constructing the locks at Kingston Mills on the Rideau Canal.

Daniel and Mercy's daughter Margaret marries Robert Stoles whose father Harvey Edward Stokes is in the British Army in Northern Ireland and transfers to New Brunswick. At demobilization, with 144 veterans, Harvey Edward is granted land up the Saint John River.

When Harvey Edward finds the land unfit for cultivation, he sells or batters it. With his wife and seven children all born in Ireland excepting Robert born in Saint John, the Stokes family migrates across New England states to Kingston.

Margaret Stokes bore 14 children eight at Tuttle's hill and six after they move to a rented log house near Lake Opinicon during the mining and lumbering boom. Margaret's heart is always at Tuttle's Hill. She takes her children back to the hill many times so each one will know the allure and safety of her old home.

Whenever you meet a descendant of John Tuttle, even to the ninth generation you will become aware of that indomitable spirit engendered by that magic hill.

For years, whenever Audré Andrews traveled along the old Montreal Street Road towards Kingston, an inexplicable sense of familiarity affected her. This mysterious feeling was later explained when her brother and cousin each told her that this areas had been settled in the nineteenth century by their loyalist great-great-grandfather.

Retiring after twenty-two years of public health nursing, Audré published her first book, My Halo is Choking Me. Then Audré began to search for her origins, a project that has resulted in this book.

Audré lives in a village close to the Rideau Channel and summers at nearby hundred -year-old- cottage.