A Call for His Church to Repent 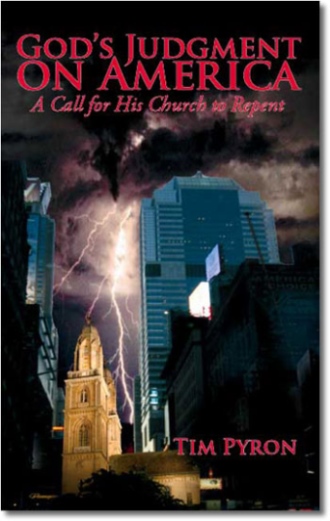 This is a book that demonstrates that God is now judging America, specifically it's churches, for it's gross sins, and its blatant attempt to remove God, Jesus, His Holy Spirit, and His Word (Bible), from the very fabric of American spiritual and civil life. Opting instead for a feel good religious secular Humanism, having its roots in Eastern and New Age religious philosophy. It explains that through deliberate game playing, adulterating the Bible, and falling asleep at the controls (willingly), that the American Church has allowed the enemy of our souls to sow its seeds of wickedness among the flock. Thus giving the enemy the ability to take control of the direction that it should not be going. It also gives physical evidence of the judgments that are already befalling this Country. The cry from this book is for the American Church to wake up from its slumber, repent, and be healed by God, so, that we as a Country will continue as a Christian Nation, which we are no longer. This book concludes with a warning and a call from God, and directs the reader to the author's personal website which contains a direct warning from God to this Nation. That website is: www.watchmanonthewall.mysite.com

I have now written another book as a consequence of the first book's warning not being heeded, at the direction of the Lord God. Since there has been no repentance in this Country or its churches to even make a difference to God. It is a warning of the calamities that have already befallen this Nation, and the Horrific ones that are happening now, and the horrifying ones that will come upon us. The second book is titled, "Mene,Mene, Tekel, The Time of Our Land Has Come." In other words, the time for our repentance has come and gone, God will now, through His own discipline, use redemption through judgment to move us to repentance as a last resort before He removes us a s a Nation! Unfortunately, I do not have the resources to get this second book published, yet. I am asking God to send those resources my way before it is too late. However, it may be already too late. It is a book to the remnant of His people to prepare themselves for the destruction to come. He will protect those who have not gone the way of this world and its wickedness, and who are truly His own. Not tares among wheat, ones who have fallen away, false brethren, the religious, the churched, the pharisee, or the hypocrite.

The author is a Christian of 46 years, a former pastor of a non-denominational Spirit-filled Church, holds a Masters degree in Theology, has been married for 37 years to the love of his life. He has two sons, two daughters-in-law, 4 grandchildren, and resides in Texas.