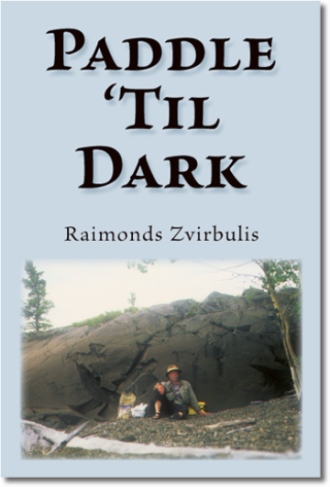 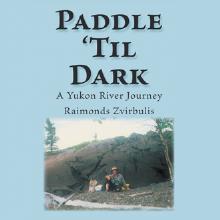 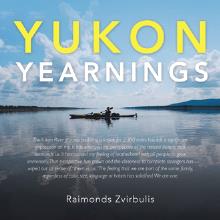 This solo, wilderness kayaking journey began many years ago, years before I even knew anything about kayaks and paddling down remote, legendary rivers. Poring over maps of those pleases revealed very little. The blank spaces spread far and wide. At last, after decades of dreaming, I stood on the shore of Lake Atlin in British Columbia where the headwaters of the Yukon River are. I stood there and thought about all those hope filled years and thrilled at the anticipation of leaving that morning in mid-June.

Crossing the expanse of Lake Atlin in a fine mist, I guided the kayak toward Graham Channel, which would take me to Tagish Lake. There I met Jim and Marion Brook at their cabin. After hot coffee and freshly baked cookies, they sent me on my way. They were the first of many people who helped me on my journey.

That evening, having found the "perfect" campsite, I inspected the area for bear tracks. Finding none I started a large campfire before setting up the tent. Supper had been eaten at a previous stop, so there was no cooking where I stayed for the night. This was the procedure I followed every night. It kept animals bigger and hungrier than me from visiting my campsites.

As I paddle down the lakes, I stopped at villages such as Tagish; I paddled down Marsh Lake, down dangerous Lake Laberge; stopped in historic towns such as Whitehorse and Dawson City. I passed by wrecked and beached steamboats form the gold rush days and finally crossed the US/Canadian line into Alaska. I had paddled through a forest fire so immense that it took a day to pass the flames. The current carried me past Eagle, Circle City, though the Yukon flats (where he river was 10-20 miles wide) and crossed the Artic Circle at Fort Yukon. Then came the small villages of Beaver, Stevens Village, and then the oil pipeline.

I paddled on to Rampart where the fierce head wind nearly drove me back upstream. Next I passed through Tanana, where I met Emmet Peter who has won the Iditarod long ago; then on to Ruby, Galena, Nulato and Holy Cross where Bergie Demientieff served me coffee and gave good advice.

Finally I arrived at Russian Mission where I ran out of time after 51 days and 2, 000 miles of paddling my kayak. There Harvey Pitka and his wife Ester fed me a wonderful dinner before I flew out. As the plane climbed and banked toward Bethel, I knew that I would return one day to finish my Kayak trip to the Bering Sea.

I was born on September 8, 1942 on a small farm in the south of small country called Latvia. Two years later, shortly after the birth of my younger brother, my parents hitched horses to a wagon, loaded a few possessions, my older brother, my younger brother and myself and fled their homeland, never to return, as the Russian troops descended on Latvia.

For the next six years we were moved form one refugee camp to the next. It was at one such camp that my father died in a truck accident leaving my mother to care for the three of us.

In 1951 we were sponsored by the members of the Methodist Church in Beatrice, Nebraska. It was in that little town that my older brother saved enough money to buy a small, white plastic radio; the very same one to which I pressed my ear late at night to listen to the adventures of Sgt. Preston and Yukon King, his dog. That is where the dream began, the dream to paddle the Yukon River. And it happened many years later, after I married and had three sons of my own. When they were grown, they couldn't take the trip with me and my wife refused to saying she had no intention of becoming bear bait.

Working as a principal at a middle school in Mascoutah, Illinois, I had saved enough vacation days to finally take my kayak trip down the Yukon River. The superintendent agreed to cut me loose for the one summer. That was all I needed and I was on my way.