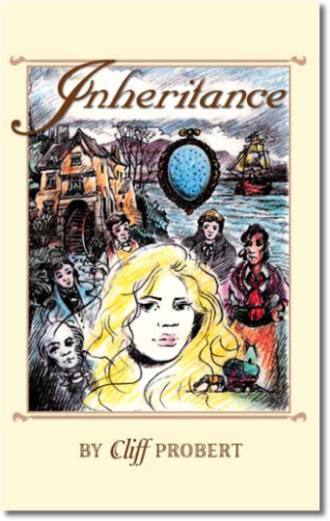 Set in the early 19th century. In the belief she will one day become the mistress of Glandwr Hall, Lucy continues her affair with Philip, even though she has just married Robert. Now pregnant she visits the Romany's in her effort to abort the child. The Tarro reveals she will bear two children.

Her first child will die tragically. After Richard, her second is born, she will meet her death. Richard is returned to Glandwr where he faces the enmity of his cousin Tom. Through his malice, Richard is to lose his right hand in the gear wheels of Glandwr Mill, but ultimately the boys are united. The following years see their emergence to manhood, and Richard's love for Megan, Tom's younger sister. Though Megan becomes pregnant by him, the relationship is doomed for they are told they are first cousins and can never marry.

When they clash with Desmond, the rogue gypsy, he pursues a vendetta of death and assault. His knife claims the life of Tom, and Philip Dunstan but it is Heath, the Romany boy who is taken by the authority and blamed for the murders. Desmond is hounded and ultimately captured by Richard. He is returned to Glandwr where his confession to the murders is finally wrung from him by his fellow Romanies. He is sentenced to transportation, but after two more murders, he escapes from the prision hulk.

In his attempt to gain revenge on Heath's father, Cyllan, he kidnaps his blind grandson. Not until he is about to kill the boy, is he to realise he is the child's father, the result of his rape of Heath's sister, Lark. In the following confrontation in the Pyrenees, Desmond and Cyllan will meet their own deaths.

Cliff Probert, has led an interesting and fruitful life. Widely travelled, he has been an hairdresser, carpenter, restauranteur, fisherman, producer, designer, hotelier, artist, potter, and now an author. He is retired, and living in North Wales.