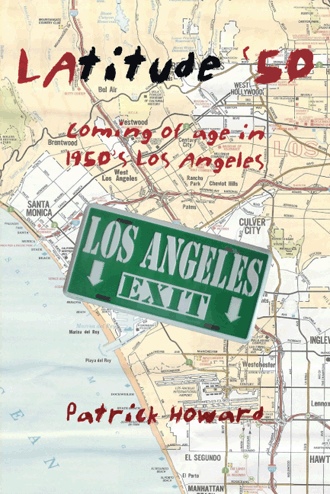 LIKE EVERYONE ELSE, I am a child of my time and my place in that time.Simply put, each of us is defined by both the era and the location in which we spent our formative years. ---------Those growing up during the Great Depression were deeply affected by that terrible period. These included my father and father-in-law. They were fine men, who took very different approaches to spending and saving money based on their youthful experiences and environment. As an example, my father was pretty much of a free spender, who while taking very good care of his family, was never able to save any significant amount of money. This was, in part, probably because he never made that much. Nevertheless, he always had a sufficient amount to pay cash for everything, but not to save any. I think this was the result of growing up in a more or less hand to mouth, rather poverty plagued urban environment, wherein you took care of your daily needs with not much thought towards the future. ---------My father-in-law made a comparable living as a grocer. He also took very good care of his family and, like my father, paid cash for everything. He, on the other hand, was very conscientous about saving. He had grown up in a more economically stable family far from a major metropolitan area. Folks from such predominantly agricultural areas were more likely to think about planning for the future. A farmer who didn't put aside seed money was soon out of the farming business. ---------They did have another trait in common, both thoroughly disliked the concept of credit. I think this attitude towards credit was also the result of living through the Depression, when those who owed money saw their property and possessions taken in order to satisfy a debt that could no longer be reduced. In this way, both were defined by an era. Their physical location while growing up, the Midwest, also gave them a rock solid ethical foundation and a no-nonsense approach to life. ----------One of the reasons I am so firm in my belief that I am right in this is that one of the legacies of my era, "The Fifties," is that we became very sure of ourselves. The "Fifties" was the last decade where everything was like our television, black and white. We weren't bothered by varying shades of gray messing up our beliefs. Things were straight forward and simple, either good or bad, right or wrong. You were either for us or against us, as several "hot" wars and the overshadowing "Cold War" had proved. Like our parents, our basic beliefs and value systems were being defined by our era. ---------- Although some of my earliest and strongest memories and impressions are from the late 1940's, my real formative era was the 1950's and my experiences between the ages 10-20. This works out conveniently, as I was born in 1940, which makes it easy for me to calculate my age and gives me an entire decade to work with. I won't pontificate as to how meaningful or superficial the Fifties were as that has has already been overdone by historians. Just let it be said that it was a fun time for those of us lucky enough to be teenagers during its passage. Also, as I previously mentioned, it was a time that made us unnaturally sure of ourselves, as if we kids had anything to do with the changes going on around us. Well, maybe we were responsible for some of the cultural changes as we did have "rock and roll" and Elvis, but certainly not the technological advancements. We really didn't influence much, except by the mere fact we were there. We were along for the ride. We were hijacked into a marvelous time machine by virtue of our parent's predilection for procreation. Thanks, Mom. Thanks, Dad. --------- AND NOW TO THE FUN PART, GROWING UP IN LOS ANGELES IN THE INCREDIBLE "1950'S". (I only wish I could live it all over again).

LAtitude '50 is a factual, although tongue-in-cheek, chronicle of a boy's wayward voyage from adolescence to manhood in 1950's Los Angeles as he navigates the perils of Catholic schools, racial violence, Hollywood celebrities, girls, hot rods, jet planes, and all the other reefs and shoals encountered by those growing up in this iconic city during the "Fabulous Fifties."

Patrick Howard, born in 1940, was raised in Los Angeles during that City's amazing physical transformation during the mid-'40's to the early '60's. He attended local Catholic elementary and high schools, while working continuously from age 12 in a variety of jobs. He graduated from Loyola University of Los Angeles in 1962 with a degree in Business Administration, a commission as a Second Lieutenant in the United States Air Force and an opportunity to fulfill a life long desire to fly. Upon his release from active militarty duty, Pat began a 30 year career with the City of Los Angeles; the last ten years of which he served as Director of the Bureau of Street Maintenance and was responsible for the City's 7,500 mile street system and 680,000 tree urban forest. In 1994, he was honored as the City's "Employee of the Year." Upon his retirement in 1997, Pat and his wife, Judith, relocated from the hustle and bustle of Los Angeles to a sparsely populated rural community in the Northwest. They have two daughters and four grandchildren. Pat and Judy now spend their time enjoying their family, traveling the world, cruising in their several 1950's classic cars and maintaining their home's three acres of landscaping.