An End and a Beginning

by by Adam Crizzle and Vivienne Riches 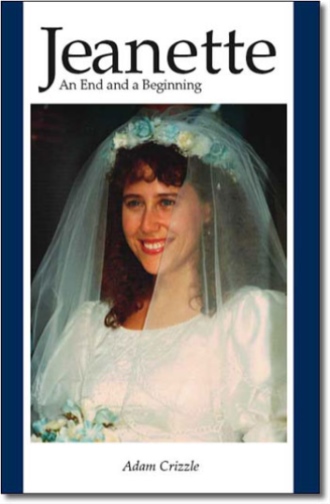 This book is the story of the search to find a bone marrow donor for Jeanette Crizzle who was diagnosed with Leukaemia in October 2005 and died twelve months later in 2006. It depicts the effects upon her family of this personal crisis and her courageous struggle with the disease. It then turns outwards from the family to tackle the whole issue of the lack of donation awareness of blood, organs, tissue and bone marrow and the work needed to increase this awareness by means of an education programme in schools.

The story covers the commitment of Jeanette's husband to the raising of this issue directly with the Government and finally obtaining support from the Prime Minister, Tony Blair in January 2007. It shows the process used to present the message and how, based upon the work of a small group of people, the UK government agreed to spend taxpayers' money to launch a national education programme in all UK secondary schools.

The book is written to help anyone who is faced with a 'life-changing event' and to show what each person can achieve, despite the difficulties facing them. It is not written as memoirs nor is it intended to be a diary of events.

He started his business career in 1979 in Purchasing and Supply, working for numerous organisations from PLCs to medium and small businesses. He next became involved in Government to Business sales, increasing the business community's awareness of the various government facilities available to them.

In 1989 he married Jeanette Wright, an English teacher. Their children, Emily and Nicholas, were born in 1990 and 1993. Jeanette was diagnosed with Acute Myeloid Leukaemia and died twelve months later in October 2006.

During Jeanette's illness Adam carried out extensive research into the general public's awareness of bone marrow donation. He completed two research reports with specific suggestions to increase awareness of donation and consequently reduce costs for the tax payer.

After meetings with the UK Health Minister and Shadow Health Minister in April 2006, the government committed itself to a national educational programme in all 6000 secondary schools to cover blood, organ, tissue and bone marrow donation. In January 2007 support for this programme was given by the Prime Minister, Tony Blair in Parliament.

In addition, Adam created a research organisation to measure the impact of this programme. This organisation has charity status and is called the Jeanette Crizzle Trust: www.jeanettecrizzletrust.org

As Managing Director of Hillcroft House and Chairman of the Trust, Adam is convinced that research should be applied to whatever project one starts, in order to measure its effectiveness.

He lives in Kettering, Northamptonshire, England, with his two children.