Success and Failure in Sri Lanka 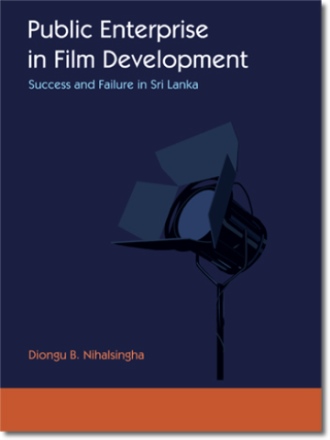 In no country in the world has film development through State enterprise been an enormous success as in Sri Lanka. That experience provides a unique lesson to the whole world. In a short span of seven years, annual film attendance doubled to 74.4 million and the screen time for national cinema trebled to 58%. In this distinctive experience, Sri Lanka achieved what national cinemas the world over dream about and yearn for.

That achievement could not be sustained, however. It was eventually squandered, with attendance falling to a mere annual 12 million as the State enterprise which achieved what was a profitable success, spent its way to virtual bankruptcy.

The Sri Lankan experience is at once an object lesson in how film development and State enterprise can succeed, massively so. It is also story of how and why such an accomplishment could not be preserved and improved upon and why it eventually failed so wretchedly.

That story, hitherto untold, is of relevance to film buffs and Governments struggling to develop their film industries. The experience is also of direct relevance to State enterprise and Public Organization students the world over.

The tale is one of clash of private and public enterprise, the dominance of mainstream and the formula film; the tension between film art and business, the national cinema against the foreign, the producers verses the exhibitors. Nihalsingha takes the reader beyond the glamour of production into the hitherto untouched backrooms of the behind-the-scenes work that makes film possible as an art and as an industry: film distribution, exhibition and imports in an Asian country. This focus is all the more important when these facets remain submerged as discourse on film-as-art dominates the terrain.

Graduating from the University of Ceylon with a BA in Economics, Nihalsingha began his career as a film newsreel cameraman for Associated British-Pathe` News and Hearst Metrotone News/News of the Day. At 28 Nihalsingha became the Director of the Ceylon Government Film Unit, being appointed, two years later as the founding CEO of the State Film Corporation of Sri Lanka at 30, again, the youngest CEO to be so appointed to a State corporation.

He was conferred the Life Fellowship of the Society of Motion Picture and Television Engineers of America (the worlds oldest film organization, founded in 1915) for achieving "by proficiency and contributions...an outstanding rank among executives in the motion picture, television and related industries." The Fellowship of the British Kinematograph, Sound and Television Society, was conferred for "outstanding contribution by service, leadership...to the development of film and television production technology."

He was honored for his lifetime contribution to Sri Lankan film and film development by the conferment of KalaKeerthi national honor by the President of Sri Lanka.

Subsequent to an appointment as Production Consultant with TVB (O) Limited, in Hong Kong 1995, he went on to Malaysia as the Executive Director of Feature Film production of Astro in Kuala Lumpur.

He has a MA in Film Studies from Vermont College of the Norwich University, Maine, USA, and a PhD in State enterprises from the University of South Australia, Adelaide.

His wife, Kalyani, is a Consultant Anesthetist. His only son, Mathisha, is a Multimedia Computer Graphics Designer in Australia.