Tehran's Wars of Terror and Its Nuclear Delivery Capability 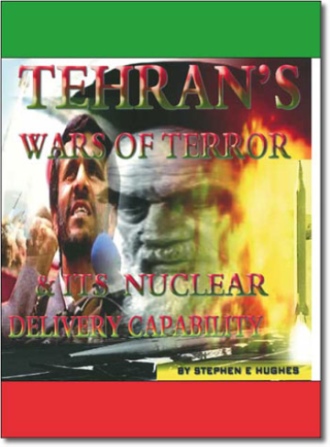 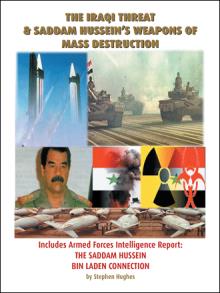 Tehran's Wars of terrorism, and the Jihadist Tidal Wave, claiming a holy mandate from God, destroy... "The Great Satan"... America. Their international networks, cooperation on US soil. Presented a comprehensive guide to Iran's deadly nuclear arsenal delivery systems, Which has been ignored by Washington and the International Community as part of Iran's nuclear weapons endeavors. In addition Iran's decades long covert connection with the International Nuclear Black market. Written and researched in Israel. Presented critical information on Terrorism from renowned experts, Congressional Research Committees, Hearings and more. This book provides the historical and current roots of terrorism in America and links to Iran. It is an in-depth look, who's who of terrorism, with forgotten and overlooked facts. Sudan, A Sunni Country -Terrorism International.

At a time when America's Washington and Pentagon officials argue whether Sunni and Shiites work together, and what other possible terrorist apparatuses and entities may... Sudan a Sunni Nation had joined with Iran and International Terrorism. Sudan, a place where Bin laden, lived from 19990 -1996. Sudan established a regional umbrella for political Islamist militants, the Popular Arab Islamic conference (PAIC), Here Al Qaeda, Hezbollah, Hamas, Iranian Revolutionary Guard, a whole international terrorist consortium, trained and worked together. They were involved in the 1993 World Trade Center bombing as well as many other acts against America. Here master international terrorist Imad Fayez Mugniyah, an FBI > most wanted terrorist long before Bin Laden is uncovered. Mugniyah > who met and trained Bin laden in.. Sudan

Stephen E Hughes, a former sergeant, spent 13 years with the U.S. Army, half of that time was spent overseas, two tours of duty patrolling the former East / West Germany Border. His third tour was Desert Storm, where he served with 2/2 9th Infantry Division. His training was in the field of Armor Reconnaissance. This is Mr. Hughes 2nd book with Trafford . His first book was on Saddam HusseinÕs Military , published in 2002 Being the only most comprehensive book at that time on SaddamÕs military , a review by US Army Armor Magazine Ft Knox, 2003 issue. The Iraqi Threat & Saddam HusseinÕs WMD Is an intelligence officer's primer into the Iraqi military at all levels. Overall, the book is an outstanding tool for training and educating various U.S. military forces. It should be required reading for all intelligence and combat officers in the current threat environment MAJ DEREK C. SCHNEIDER TehranÕs Wars of Terror & its Nuclear Delivery Capability was written by Mr. Hughes, through research & living in Israel for over one year. Mr. Hughes was in Israel during the last Lebanon War of 2006. Mr. Hughes spent time as a volunteer for the Israel Defense Forces and attended IsraelÕs Institute for Counter Terrorism, Sixth Annual International Conference on Global Terrorism in 2006. ICTÕs annual international conferences are considered one of the worldÕs leading events in the field of counter-terrorism, which brings together counter-terrorism experts, security professionals, and leading academic scholars from around the world. More than 800 participants from over 45 countries attended ICTÕs annual conference. In addition Mr. Hughes used ICT vast research library for his book.