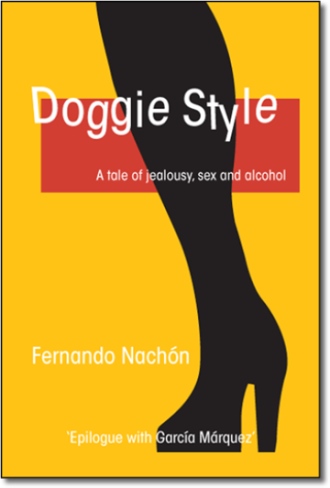 In part the story of its own writing, this quasi-autobiographical, postmodern novel weaves a tale of jealousy, sex, dope and alcoholism around the theme of the narrator’s so-far frustrated literary ambitions.

The integral and inalienable setting is the urban Mexico of the mid-1980s, with the Cold War still the international political backdrop to everyday life. Wending his way through angst-ridden erotic entanglements and a session with his Freudian analyst (an anti-Lacanian, we learn), the narrator, who goes by the author’s real name, finally arrives at his dream encounter — and ‘dream’ may well be doubly apt, because the episode’s relation to everyday reality is left undefined — with famed Latin-American author and winner of the Nobel Prize in Literature in 1982, Gabriel García Márquez. Perhaps the laureate will write a preface to his latest novel.

“It’s about a guy stuck in traffic; he wants to be a writer, to be famous, and Mike, one of the characters, tells him he should write the A Hundred Years of Solitude of the eighties. The guy feels happy at first but then in the middle of the traffic and the smog he realizes that there aren’t any Amarantas and Aurelianos Buendías there, there aren’t any José Arcadios, that all there are are drunks, gangs, poor people trampled by the yuppies — that after all, the jungle is gone.”

Fernando Nachón was born in Mexico City in 1957. He studied at the Colegio de Ciencias y Humanidades and later studied for the Medicine and Surgery degree at the Universidad Nacional Autónoma de México (UNAM). By natural inclination an autodidact, he cites Schopenhauer, Nietzsche, Freud and Lacan as major influences. In 1985, he published a book of stories and poems under the title Muñeca haz favor de quitarte el sostén ('Doll, Do Me a Favor and Take off Your Bra'), which was adapted for theater by Cuitláhuac Pascual (director of the group Hombres Gacela). His highly successful novel De a perrito (now appearing in English translation as Doggie Style) was first published in 1986 by Federación Editorial Mexicana (FEM) and subsequently republished by Fontamara in 1998. The next volume to appear consisted of a collection of two short novels, eleven stories and over fifty poems, published by Grijalbo in 1988 under the title Diario de un pend*** ('Diary of an A**h*le'). With Los niños bien ('The Rich Kids'), published by Fontamara in 1997, Nachón announced the advent of a new style, which he termed 'caveman science-fiction'. He was involved for two years with the periodical Unomásuno's cultural supplement Sábado, and has contributed to various magazines. He is listed as an author in the Diccionario Nacional de Escritores, published by UNAM's Department of Philological Studies.