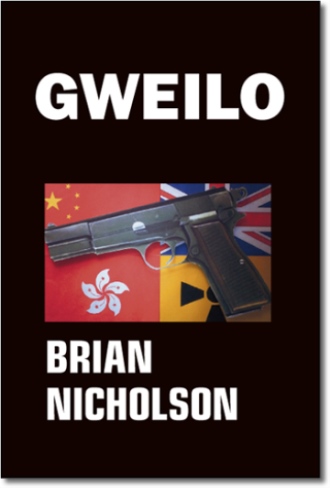 The theft of a birthright has been the motive for murder since Jacob usurped it from his elder brother, Esau. The birthright to the immense riches of Hong Kong would vanish at midnight on 30th June 1997 as a result of the signing of the Anglo-Sino Joint Declaration in 1984. Not only the New Territories would be handed back to China - acquired by Great Britain in the 1898 treaty - but also Hong Kong Island which was ceded to Great Britain in perpetuity after the first Opium war in 1842, thus forming the birthright of the descendants of those intrepid traders and settlers who had arrived in Hong Kong - 'a place of sweet water' - under the straining canvas of the triangular sky and moonraker topsails of their lean-hulled trading clippers. For one 'gweilo' - the derogatory word used by the Chinese for the Caucasian expatriate - being dispossessed of his inheritance and betrayed by his own country had developed into an all-consuming fury. If he and his descendants couldn't have Hong Kong, then no one would have it - least of all the Chinese.

In 1986, two years after the signing of the Joint Declaration, the reactor at the Chernobyl nuclear power station exploded. The subsequent meltdown and escape of radioactive material turned the surrounding area for hundreds of square miles into a deserted wasteland of mutant plants and animals and humans riddled with cancer. The world reeled in horror and condemned the corrupt and decaying Soviet Union for its crass incompetence. But one man in Hong Kong, whose ancestor had disembarked from the first of the clippers to anchor in Victoria Harbour and whose father had died for Hong Kong, tortured to death by the Japanese occupation force in 1943, saw the Chernobyl disaster in a different light.

This is John Gunn's first assignment with the British Intelligence Directorate for which he is head-hunted from his SAS induction course because of his fluency in Cantonese and Mandarin Chinese.

Brian Nichoson's life has been almost as exciting and eventful as that of John Gunn. Apart from flying, sailing, scuba-diving, skiing, renovating classic cars and being a talented artist and writer, he has led an unusually exciting life as a soldier. This has varied from active service to negotiator extraordinary in Beijing to rescue the 1984 Anglo/Sino Joint Declaration on the future of Hong Kong. As the personal Military Advisor to Ghana's Flt Lt Jerry Rawlings, he assisted in the planning of the military intervention in Liberia in 1991. As the Defence Attachè in Jakarta, his highly successful expedition to unlock the mystery of what happened to the ill-fated 'Operation Rimau', the WW2 Australian commando raid on Japanese shipping in Singapore, received wide press coverage at the time.

His first book, 'GWEILO' focuses on the return of Hong Kong to China. His second book, 'AL SAMAK' is about Saddam Hussein's efforts to obtain a WMD to prevent the invasion of Iraq by the coalition forces in 2003. The third book 'ASHANTI GOLD' uses his exciting exploits in West Africa as a colourful background to a novel that focuses on the famnine, chaos and corruption in the African Continent. The author's latest novel 'FIRE DRAGON' uses material from his experience as a Defence Attach&egrace in Jakarta, where he travelled extensively from the remote areas of Sumatra, Kalimantan and Irian Jaya to the troubled Island of East Timor. This provided an ideal backdrop for a North Korean/Indonesian conspiracy to develop a nuclear weapon and the means of delivering it.