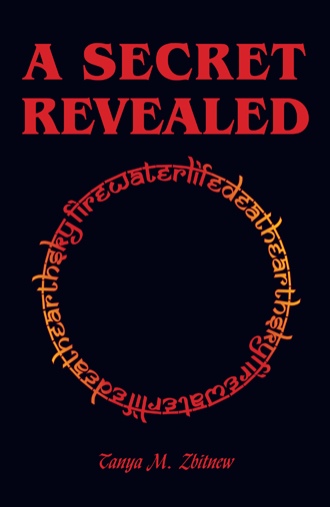 The image grew fuzzy then disappeared as the door to his private chambers flew open. Sentash glared, and the messenger stopped short of the entrance not sure whether it was wise to continue. “Sire, you have a visitor. It is She.” The sorcerer knew exactly who She was and he nodded to the guard to take him to where She waited, but not before strapping on his sword. No fool was he, and he trusted no one, especially Her. They crossed the courtyard to a building adjacent to one of the castle turrets. Sentash stopped, removed his gauntlet, and placing his hand on the door he let his mind’s-eye penetrate wood and metal and into the room where a solitary figure waited in the shadows; he could detect nothing else, and so he entered. The shadows moved, and the figure stepped into the open; heavy robes rustling softly as she turned to face the sorcerer. “Sentashhh,” a voice, husky and vapid, greeted him by a name no other dared to use. A tingle ran up his spine; a reminder that he was in the presence of a being who could extinguish his life-force with a snap of her fingers. His hand clutched the hilt of his sword and there he did find his bravado. “Norii.” He kept his eyes on her as she threw back her hood, revealing a face of smoke and shadow and not much else, save two holes that reminded him of eyes; they glowed a dull green and he felt sick to his stomach if he stared too long. He sucked in his breath, hiding his unease. “Why have you come?” She glided up, touching his face with her cold dead fingers. “I’ve come to tell you that I’ve kept my part of the bargain.” Her breath blew gently in his ear, a faint trace of evil, softly assaulting his senses. “I have captured He who dwells in the earth, and imprisoned him within his own element. You are free to act as we planned. The others will not hinder you, for they are preoccupied with their search. They will not find him. I have hidden Defél well, though it has cost me much.” “And Stornoway Hawker? What of him?” He drew back until he felt the safety of the door pressing from behind. “Jessa is with them, so will be of no consequence. Do not fear. If he steps in then I will be waiting.” She held aloft a black metallic globe in her shadowy hands. “Look. Look what I have brought you.” She waved the orb in front of his face. “This will help you win the War. I will show you how to make them, and you shall arm your forces with these spheres, and they will inflict damage upon your enemies far greater than any thrust by sword.”

The Rangers are looking for a few good men. Fame! Fortune! Glory! It's every boy's dream. Unless that boy is Camber Bloodstone, then those dreams of glory are crushed, just as you please, under the boot heel of Dega Darkhawk, former town bully and newly appointed Captain of Hartland's cavalry. He's bent on making Camber's life miserable, and not just because the Bloodstones are direct descendents of Thayne the Bold - no, Dega's hatred runs much deeper than superficial rank.

All this bitter sentiment is about to take a backseat to something far greater than a personal vendetta. A nightmare unleashes an extraordinary gift, one that Camber would just as soon give back. This gift can level a small city, and that's not all - it can unlock the Winterstone. The Easterling King knows this - he will use the boy to deliver omnipotent power into the palm of his hand. Camber is now the prey in a deadly game of hunt and seek, and Dega, who swore his vengeance, must swallow his pride and protect his rival from the sorcerer. All hope hinges on an outrageous plot to steal the talisman and use it against the King.

Tanya Marie Zbitnew is an island-born resident of Victoria, B.C. She admits that an injury to the wrist may well be the reason why she chose to write over a career as a comic-book artist. "It sort of found me," she says, referring to her passion for the narrative. "I had to put the whole comic book thing on the shelf while I waited for my wrist to heal. I started writing to keep the creative juices flowing and after the first chapter I realized that this was what I wanted to do." In the Fall of 2000 A Secret Revealed was brought to life. It is now available in print through blood, sweat, tears, and a touch of pride. An accomplished weightlifter and bodybuilder, Tanya divides her time between the gym, full time employment, and honing her craft. Her short story, A Debt Repaid, won the 2005 Island Writers Fiction Contest, and recently, The Dead Pool received Honourable Mention from L. Ron Hubbard's Writers of the Future for the 2007 January - March quarter. Tanya is currently working on two full-length novels, including a sequel to A Secret Revealed. A huge reader, her favourite all-time author is Alexandre Dumas, and she has modeled her characters on the much-loved musketeers.