Living and Working Behind the Great Wall 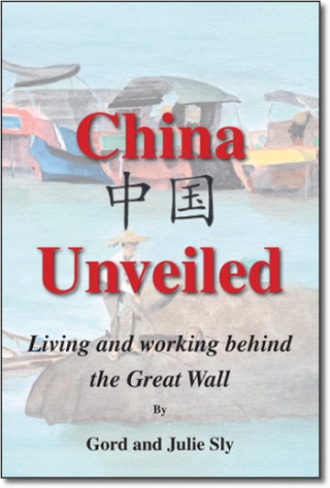 This book is a delightful collection of personal accounts of adventures in everyday life and travel in China. The authors also offer insightful observations, impressions, and reflections on many aspects of Chinese life, culture and history. Readers will find the book, not only very informative, but also highly entertaining and often quite humorous. Walk through local markets, ride local buses, and stroll down back allies to experience the sights, sounds and smells of the real China. Share the challenges of and humor in seemingly simple daily routines such as doing laundry, finding mail, or taking a shower. Enjoy eventful dining, shop with Julie Sly, the Chinese way, and share a ride in a paddy wagon to a cop shop in Beijing. Tour the Forbidden City, the Ming Tombs, and climb the Great Wall. Board a cruise ship for a memorable cruise up the Yangtze River and endure a harrowing bus ride through Himalayan passes in Tibet. Meet the authorsÕ students as they endure the trials of learning English. Experience a Ôhard sleeperÕ on an overnight train to visit some Chinese friends for Chinese New Year celebrations. Sit with the authors as 9/11 freezes time on TV screens throughout the world and as they cope with the outbreak of SARS in China. This book is a must journey to one of the most fascinating, intriguing and beautiful countries in the world. It vividly reveals a China that is rarely seen and understood by the West.

Gord and Julie Sly taught English for three years in two different areas of China. They, and two other teachers, co-authored, and published books in China to help university students prepare for College English Tests (CETS), required for graduation. The Slys wrote over two-dozen columns for The Kingston Whig Standard about their many experiences, which, along with daily journals, provide some of the material for this book. Gord Sly is a graduate of QueenÕs University and was a high school teacher and department head in Kingston for twenty-eight years during which, he occasionally conducted workshops and made presentations at symposiums on Education. Before going to China, he was involved in co-authoring and publishing three high school textbooks in Ontario, and, after returning to Canada, wrote curriculum units for Library and Archives of Canada. He regularly contributes columns, articles, and letters to local newspapers and is a past member of the Community Editorial Board of The Kingston Whig Standard. He enjoys the guitar and singing, and is a veteran of two Boston Marathons. Julie was a registered nurse, who trained at the Aberdeen Hospital in New Glasgow, Nova Scotia, and worked for many years at a hospital in Kingston. As well as being a writer, she is also a very accomplished artist, whose talent is illustrated on the front cover of this book. As a remarried couple, they share four children and nine grandchildren in the Kingston area, California and Arizona. The Slys currently reside near Odessa, Ontario.