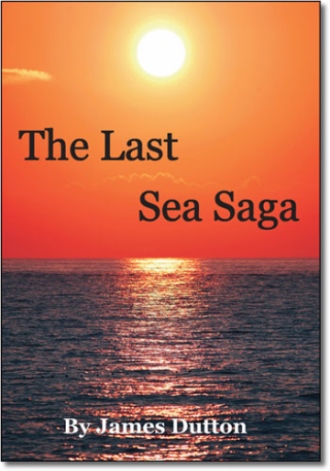 JAMES BUTLER is recalled out of retirement and given command of a liberty ship based in San Francisco.

After dealing with a submarine attack on his first trip to sea he reflects on the events that lead up to his current situation: It's early in the 21st century. The United States is at war in several locations. The situation is so dire that the Navy is recalling ex-navy personnel, especially those with experience serving on the World War Two Liberty ships being activated from the reserve mothball fleet. Being recalled to active duty, selecting and training his crew, activating obsolete equipment and dealing with unrealistic schedules are now his life. While dealing with this impossible situation, he meets SUSAN who becomes his best friend, confidant and eventually the love of his life.

He survives a court-martial (for shooting at a navy plane) but is torpedoed on his return trip to San Francisco. He and part of his crew are successful in sinking the attacking submarine. He is awarded the Medal of Honor.

Then, assigned to another ship, he has to deal with a senior staff officer, CAPTAIN ALYEA. The Captain becomes an adversary, making the job of preparing the ship for sea a real battle of wills.

Shortly after getting underway, World War III erupts. Nuclear missiles fly all over the world until the atmosphere is getting saturated with radioactivity and mankind is either dead or running for the southern hemisphere to avoid the radiation as long as possible.

Captain Butler returns to San Francisco, picks up his wife and family and guests and family of the crew, and heads south after fighting his way past angry armed civilians on the Golden Gate Bridge.

On the way south he has to deal with a kamikaze plane attack, a mutiny and a battle with a destroyer. Arriving in Australia his guests (including his wife and family) are gunned down by criminal Australians.

Along the way there is romance, humor and a captain that is quite emotional about his ship, his shipmates and of course his Susan. The expressions of his emotions are definitely NOT proper military decorum.

Then it's just a matter of time until the radioactivity moves far enough south and mankind becomes extinct.

Jim Dutton served as an officer in the US Navy from 1960 to 1963. During his enlistment he served on the two types of ships depicted in The Last Sea Saga. Some of the experiences in the book are admittedly autobiographical, but most are fiction. It is left to the reader to determine which is which.

Jim is retired and living in the Seattle area.