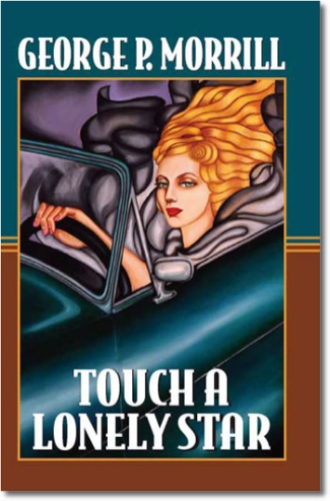 "I think it's time to tell him the whole truth. Gently, please. He's my only son."

Shaken by these words, Jack reviews the interlude 18 years ago when Miss Drake brought her vibrant pacific energy to tumbledown West Stoddard High. He remembers how she changed the lives of her students, how she clashed with the old faculty. He particularly recalls how she battled steep odds to elevate a brilliant, physically deformed, student named Joseph Tutynski. Joe responded by hating her.

Miss Drake was a new kind. The Depression-wracked New England coast had seen nothing like her. A ranch girl, gold-haired and rugged, she treated ideas as nutritional syrup to be quaffed daily in quantity. Her classes exploded with poetry, debates, grinding research, swing music, and laughter.

As time passed she was beloved by her students and disesteemed by the principal. Suddenly - just as she was about to win a victory at a school board meeting - she vanished. She didn't say goodbye to anybody.

Jack and fellow student Geraldine Prue cleaned out Miss Drake's apartment and shipped everything to California. In the process they discovered a hidden tragedy in her life that originally steered her to West Stoddard. And later Jack learned about her other great tragedy involving her son Michael.

Now he wonders what is to become of her - as eager Michael flies in to explore the startling truth.

George P. Morrill grew up in a small New England town bordering the Long Island Sound. Author of many stories and articles in major magazines, as well as the distinguished novel Dark Sea Running, he has had his work hailed by eminent writers as diverse as William Manchester and Gladys Taber.

In Touch a Lonely Star he writes vividly of the Great Depression and World War II, having experienced them both. He and his wife Phyllis have four sons and four grandchildren. He lives in Higganum, Connecticut,, and Saxtons River, Vermont.