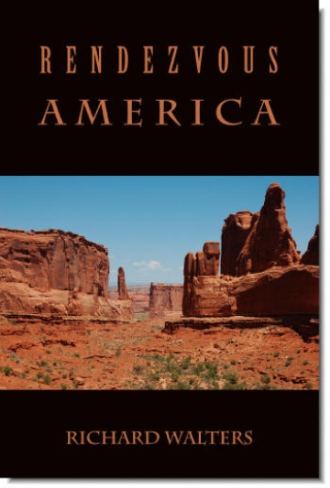 Richard and Christine, their teenage son Lee and his girlfriend Laura visit America. Flying from London Heathrow and landing at McCarran International airport in Las Vegas they pick up a Buick Rendezvous which over the next two weeks sees them cover over 3,000 miles as they travel through eight different States. Starting in Nevada they continue through Arizona, Utah, Colorado, Wyoming, South Dakota, Montana and Idaho.

Follow their journey day by day as they go from the bright lights and glitz of Las Vegas, out into the deserts, across prairies and the Great Plains and even walk across snow capped mountains.

Taking in popular tourist attractions as diverse as the Hoover Dam, Mount Rushmore and the four Presidents carved in stone to the battlefield sight of General Custer's last stand as well as visiting numerous National Parks including Grand Canyon National Park which has to be one of the most amazing places on Earth and Yellowstone National Park, the first National Park dating from 1872.

They also stop off at various towns along the way such as Moab in Utah and Cody and Jackson in Wyoming, taking part in or taking in activities the locals indulge in. White water rafting and a rodeo in Cody for example.

Staying in motels along the way (some better than others) the book is written from the heart, is quite funny in places and tries to be informative as much as possible.

The book is also complemented with some beautiful photographs taken during the trip.

Richard Walters was born in London in 1960 and is married with two teenage sons. Along with writing, he is a keen photographer and has traveled extensively through Europe and the United States.