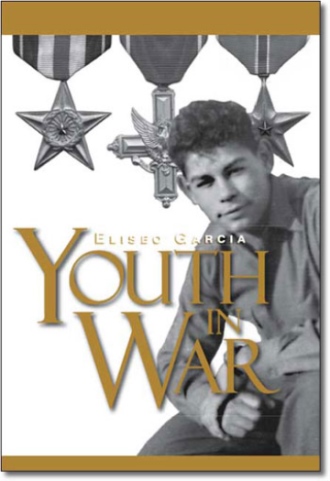 Although other books have been written about the war in Korea, most of the other writers however, concerned themselves with the political aspect more so than the war itself. Especially as it is seen by the ones fighting the war. For instance, "The Forgotten War" by Clay Blair, probably one of the best that I read, (although I did not read it all), deals primarily with the political aspects of President Truman, Dean Acheson, the Joints chiefs of staff and their augments and disagreements with General Macarthur.

Another book that follows pretty much the same aspects is "The Limited War" by David Rees, another fine book. However when these two authors refer to battles, they mostly ascribe the victories to generals or make reference to General so and so's Corps or Divisions, or Colonel so and so's Regiment or battalion, instead of saying, "this Corps or this division" which include the troops that actually fought the battles.

Another book entitled "The Korean War," I read part of this book, enough to make me wonder if the author, Max Hastings believed that the Marines were the only ones fighting the war. If he had done his homework, he would have noticed that the Second Infantry Division fought every major battle in the Korean War. It was the Seconded "Indianhead" Division that gave the Chinese their headache and finally broke their backbone in Chipyong-ni and Wonju.

My book treats of the thoughts, feelings and concerns of the foot soldier. It deals with the troops as a fighting unit and mostly with the squad, my squad, my platoon, my company, my battalion and regiment.

There are some military terms used in the book especially of military units, so for the sake of the non-military readers, I would like to clarify these units as to size and composition. I will not go into a detail aspect of the higher echelon units, but enough to acquaint the reader with the size and capabilities of the different units.

The infantry squad, of which I will be referring to quite often, is the smallest tactical fighting unit in the army. It is composed of nine men: a squad leader, assistant squad leader, and seven men (five rifle men and two B.A.R. Browning Automatic Rifles). The two B.A.R.s afford the squad additional fire power. The B.A.R. man carries thirteen magazines of 20 rounds each, one in the weapon and twelve on his belt. An additional eight magazines may be carried by his assistant, one of the rifle-men.

The infantry platoon is the next level up the ladder from the squad and is composed of thirty-nine men and one officer, a platoon leader, a platoon sergeant an assistant platoon sergeant, a radio/commo man and four squads, three rifle squads, and a weapons squad (normally designated as; 1st, 2nd 3rd and 4th squads, the weapons squad is composed of nine men, a squad leader, two machine gun crews of three men each, a gunner, an assistant gunner and ammo bearer. A rocket launcher team of two men, gunner and assistant gunner, or ammo bearer, allocating additional fire power to the platoon.

The Infantry Company is the next up the ladder from the platoon. It is composed of 187 officers and men (authorized strength). The company is composed of a Company Commander, an Executive Officer, First Sergeant, Headquarters Platoon, three rifle platoons and weapons platoon. The Weapons Platoon is allocated three sections of 60MM mortars and two recoilless rifles to enhance the fire power of the company.

A battalion is composed of three rifle companies and a heavy weapons company, which has three sections of 81MM mortars. A Headquarters Company and service and logistics.

A regiment is the next higher echelon and is composed of three battalions plus attachments, a tank company, artillery battalion, engineers and whatever other attachments are deemed necessary.

The next higher echelon is a division which is made up of three infantry regiments, three artillery battalions, head-quarters, engineers, ordinance and logistics, tank battalion.

The next higher echelon is a corps which is made up of three infantry divisions plus ancillary units, tanks and as in the division levels attachments deemed necessary.

At an age when most boys are day-dreaming of brave deeds in battle, Eliseo Garcia already was a hero. He was reared in a family wehre military service is a proud tradition. His father enlisted at 14 as a drummer boy. Going in at the outset of World War I, he soon was fighting with an infantry unit in France.

When World War II came along, Eliseo's two older brothers donned uniforms. And several years after Eliseo had put on his khaki, a younger brother joined the Army.

None - and a few men - surpassed Eliseo's precocious and prodigious exploits in combat.

Soft-spoken and slight of stature, M.Sgt. Garcia is the antithesis of the Hollywood-type hero. His is, nonetheless, the authentic article - a hero in fact of two wars.
- Jim Johnson