The Team That Triggered The Tradition 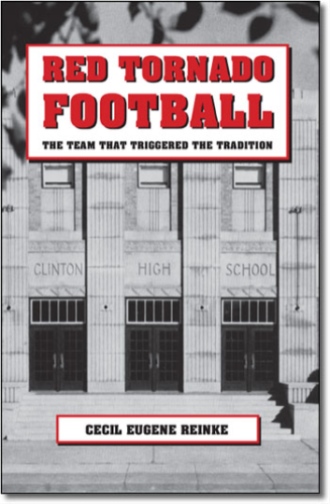 This is the story of one of the most remarkable teams in the history of Clinton, Oklahoma, High School football, the "Red Tornadoes" of 1949. This was the first team in the history of Clinton High School, which began playing football in 1919, to earn an undefeated regular season, with wins over Elk City, El Reno, Hollis, Mangum, Frederick, Weatherford, Midwest City, Hobart, and Altus. It was the first Clinton team to qualify for the Oklahoma State football championship playoffs. The team won its quarterfinal game, defeating Lawton, Oklahoma, and lost in the semifinals, to Oklahoma City Capital Hill High School, the eventual state champion. This is the team that started the winning tradition of Clinton High School football teams, widely spoken of throughout the State of Oklahoma as the "Tornado Tradition." Carrying forward the tradition started by this team, the Red Tornadoes have amassed one of the best high school football records in the nation, including the winning of fourteen Oklahoma State football class championships.

Cecil Eugene Reinke was born and grew up in Clinton, Oklahoma. He attended Nance grade school and Wilson Jr. High School. He was graduated from Clinton High School with the Class of 1952. While in high school, he was for three years a member of the Clinton High School football team, the Red Tornadoes; he served four years on the Student Council; served as the Representative-At-Large to Clinton's Original Teen Town; and was a co-editor of the high school newspaper, the Whirlwind. Upon graduation, he was awarded the Creative Writing Award presented by the Literary Department of the Allied Arts Club.