A Story of Friendship and Betrayal 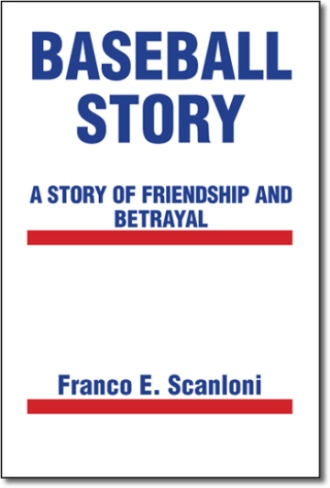 Most of us growing up have our heroes, be they athletes, movie stars, politicians, singers, artists, whatever. We look up to them, we admire them, we emulate them, we want to be like them. Then later we discover they are not perfect, that they have their faults like everyone else. Sometimes huge faults. And we feel cheated, disillusioned. It is a part of growing up.

In Baseball Story, Jack Donaldson learns of the sudden and tragic death of Jimmy Heyden, one of his heroes when he was young and growing up. Soon after, the tearing-down process begins, all kinds of vermin coming out of their holes to cast aspersions, slurs and insults on the life of Heyden.

It's not right, thought Donaldson, somebody ought to do something about it.

So he quit his job and began his quest to learn the truth and set the record straight.

Not only does Donaldson's search take him back and forth across the country, from big cities to little towns, it takes him into the worlds of Hollywood and television, politics and finance, anger and despair. It is a story that will linger long after the last page has been turned.

The author has written most of his life. It is something that he loves to do, something he feels he has to do.

And still, there is so much more he would like to write about. And given time and strength, hopefully, he will be able to do so.