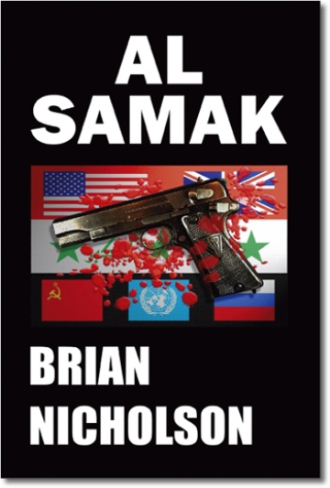 It's John Gunn's second assignment with the British Intelligence Directorate, but above all, it's a story… a story of 21st Century political intrigue, revenge and weapons of mass destruction, but this story started as long ago as the 7th Century, as a storm-lashed papyrus raft broke up in the Arabian Sea…but is it a story?…you decide.

His first book, 'THE GWEILO INHERITANCE' was published in paperback in 1993 under the title '1997' as it focused on the return of Hong Kong to China. His second book, 'AL SAMAK - THE WMD CONSPIRACY' is about Sadam Hussein's efforts to get a WMD to prevent the invasion of Iraq by the coalition forces in 2003. The third book 'THE CARAMANSA CABAL' uses his exciting exploits in West Africa as a colourful background to a novel that focuses on the famine, chaos and corruption in the African Continent. The author's latest novel 'THE BERAPI BAPTISM' uses material from his experience as a Defence Attaché in Jakarta, where he travelled extensively from the remote areas of Sumatra, Kalimantan and Irian Jaya to the troubled Island of East Timor. This provided an ideal backdrop for a plot around North Korea's single-minded determination to develop a nuclear weapon and the means of delivering it.

Brian Nicholson is married with two adult daughters and continues to write, paint, play golf and restore classic cars at the same time as his work as a business consultant.