They Love You They Hate You 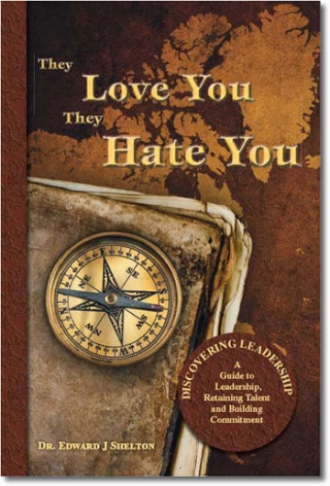 Nikita Khrushchev's "Secret Speech" In 1956, Nikita Khrushchev delivered a blistering speech about the tyranny of Joseph Stalin. The speech broke Stalin's spell, by telling the truth about his crimes and began the process that abolished the Soviet Union thirty years later. In Nikita Khrushchev’s 1956 speech, he addressed the soviet political elites with a off-the record speech that renounced Stalin and his dogma. It was a denunciation of Stalin and his actions against the Soviet people. The speech shocked many of the communist hard liners in attendance. Then, somewhere in the crowd, came a pointed question from one of the younger communist members. “If you knew what was going on, why didn’t you do something? ” Nikita glared out at the audience and, slamming his closed fist onto the podium he demanded, “Who said that?” Silence… not a man spoke. He demanded again, slamming his fist on the podium harder, “Tell me, who said that.” Again, not a stir, no one dared stand up or say a word. Khrushchev yelled into the microphone, pointing his finger at the assembly, “I want to know, who said that, now!” The silence was penetrating. After several minutes, he leaned forward and in a firm, audible whisper he said, “That’s why we did nothing.” The point was made clear; these strong willed Soviet leaders were brought to their knees because of fear. The problem with leading by fear is that it is temporary and cannot be sustained; it requires perpetuating the fear factor, which in turn causes resentment and loss of trust and respect from the followers. It is similar to a brutish father who uses capitol punishment on his children; they will immediately obey today, but tomorrow they will despise and resent his brutality. To help better understand this concept of leading by fear and the negative aspects that it brings to people and relationships, I have developed the following comparison for you to review. You will see that those qualities under the Tyrannical Leader are undesirable and can not be uplifting or positive. So why do leaders in today’s workplace feel fear is appropriate? Communications Leaders use effective communications which are expressions of affection and not anger, facts and not fabrication, compassion and not contention, respect and not ridicule, counsel and not criticism, correction and not condemnation. Their words are spoken with clarity and not with confusion. They may be tender or they may be tough, but they must always be tempered. When a leader loses his temper or encourages an argument, at that moment he loses respect and commitment from those around him. Case of Courage – The Doniphan Story On November 1st, 1838, during the Mormon War, Missouri Militia Commander, General Lucas, ordered Mormon leaders, Joseph Smith and some followers, to be brought into the Missouri Militia’s camp to be tried by a court-martial. The charges were treason. It appears rumors had spread against the religious group that they were conspiring to overthrow the government and kill Governor Boggs, the Governor of Missouri. The charges were completely without merit, but the public opinion was against the Mormon’s. Joseph Smith knew that many innocent lives would be taken if a full out war were to be conducted. He brought all the Mormon leaders together and a decision was made to pursue peace talks with the Missouri officials. Surrendering himself to the authorities, Joseph Smith was taken to stand before his accusers who were composed “of nineteen militia officers, and seventeen preachers of various sects, who had served as volunteers against the Mormons.” The trial was brief, and Joseph Smith and his associates were condemned to be shot in the public square of Far West Missouri, in the presence of their families and friends! General Doniphan, as brigadier general of the state militia, was ordered by General Lucas to execute them. General Doniphan flatly refused to carry out the orders. General Doniphan opposed the decision of the court-martial to shoot Joseph and the other Mormon leaders. Due to his firmness and the determination that neither he, nor his brigade, should take part in “a cold-blooded murder,” the lives of the Mormon chiefs were spared. General Doniphan was true to himself not only during this incident with the Mormon leader, but throughout his life. His moral courage at any time, could have cost him his political career, including the financial repercussions against him. In a rare display of both physical and moral courage, General Doniphan knew the price for refusing to carry out the extermination order, could be costly. Did General Doniphan struggle with his decision? He left no records or journals behind for us to know, but I am sure he struggled; it’s human. What we do know is what resulted from his actions. Not all acts of courage bring such spectacular rewards. But all of them do bring peace and contentment; just as cowardice, in the end, always brings regret and remorse. 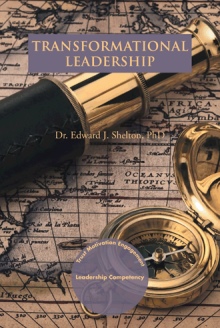 Dr. Shelton has written a terrifically interesting book with lots of good ideas that can be used to build teams, motivate, inspire and build trust. Some of those ideas include:

The book tells it all, why as leaders, your people love you or why they hate you.

Dr. Ed Shelton is an experienced, business executive who is a top speaker and presenter. Few businessmen have the depth and understanding of the front line workers and those who lead them than what Dr. Shelton offers. His friends and business colleagues describe him as a modern day champion of the American worker who has dedicated his life to building front line leaders.

Dr. Shelton's experiences bring leadership examples to light in a way that is entertaining and real. He is unique in that he has studied leadership as a military officer, an assistant professor, a senior executive in manufacturing and meat processing and from the lens as a civic leader within his community.

His research in Hispanic immigrant labor is regarded as essential literature in meat and poultry organizations and in cultural leadership development.

Dr. Shelton's greatest contribution has been in industry and meat processing plants throughout the United States. Working as an executive in organizations such as Simmons Foods, Excell Beef Company (Cargil Meat Solutions), Vlasic International, Smithfield Foods, Fleetwood Homes of Texas and Bar-S Foods. Dr. Shelton has developed and implemented leadership programs that have been effective in union avoidance campaigns and used by employees to decertify unions. His expertise and programs have elevated many plants to best overall status within their organizations.

Dr. Shelton has lived in Germany, Italy, Korea, and Panama and in the U.S., Oklahoma, Texas, Missouri, Florida, Pennsylvania, Ohio, North Carolina and Colorado. He has a ranch home near Waco Texas where he resides with his wife Suzanne Shelton a English High School teacher and his five children, Crystal, Charmaine, Samuel, Annette and Barbara. His greatest happiness has been his marriage to Suzanne for over 30 years.

Dr. Shelton's ambitious nature and fascination with leadership manifests itself in his personal interests. He has raised five children, is a certified PADI Scuba Diving Instructor, a licensed FAA Single Engine pilot, and is an acclaimed expedition leader to the San Blas Region of Caledonia Bay.