The Feedback Loop of the Mystic

by John Brighton & With Christine Brighton 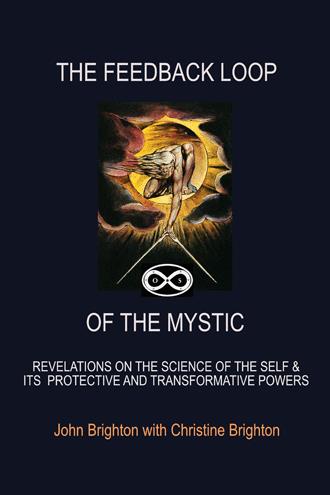 We are given a precious jewel called the mind. Our personal freedom depends on learning how it can become an inner-directed servant rather than an other-directed master. This requires learning how it functions, especially how it modulates itself in a self-referential manner. Not learning about its nature and how to control it for personal and social benefit makes it quite likely that someone else, or some self-serving group, will do so. Given the technical nature of our time, coupled with the powerful force of “group think” and the hidden powers that control society, the wherewithal for this to take place on a very large scale is almost a foregone conclusion. However, it’s never too late to begin. Why not start now? We go through life not realizing that our consciousness is teased by a constant barrage of stimuli emanating from the inner world of memories, physiological processes, and the outer world of constantly fluctuating events. Now and then some inner process “chooses” from this plethora of possibilities, and brings it into a state of focus, where everything else is suppressed. It could be about physical or psychological suffering, a car accident, or finding a one hundred dollar bill on the sidewalk. It doesn't matter whether the mind fools us into becoming aroused by something that appears as something else, but these moments are “real” to the observer, and our bodies are at the mercy of the mind’s interpretations. Then there are what I call “signature moments” that live in our memory like beads strung on a necklace of time; these moments are not ordinary ones. They stand out because of their personal uniqueness, for we intuitively know that despite their common elements, they could not have happened to anyone else in the same way. Usually it takes a dramatic event around which the beads gather in thematic relationships. For me these relationships are rooted in numerous psychic experiences that began with an out-of-body event (OBE) when I was just three years of age. These are the events that led me into the counterintuitive journey I describe in this book. To fully express the roots of this journey I felt that it was important that I try not to devalue them; while they are special I did not want to think of them as something superior that would set me apart from other people, for I intuitively knew we all share such potentials. While not fully knowing how they came into being I kept notes, thinking that someday I would be able to explain or enrich them from a scientific perspective. Personal history and modern science do not easily blend, even though much of the insights that come to the creative mind in any field emerge from the depths of the personal spirito-psychophysiological history of individuals in a social context. It is always a holistic process that is not isolated to the individual but includes the interactive time and place where the insights occur. I refer to them as moments of “relative unity” because each one was riveting in its own way, uniting me into a wholistic system of mind, body, and spirit. Often I would re-read my notes only to find that they were actually forming a long statement about the universe being expressed through me. Each incident was like a sentence of a paragraph stretched out through many years. It was as if each event was changing my mind and life, one gestational step at a time. After many decades of research and working on myself to attain spiritual benefits I experienced the emergence of what I thought to be a Jungian “Symbol of unity” that not only altered my level of being and consciousness but also began “organizing” my notes in counterintuitive ways. At that moment I felt that “secrets” about our nature and the universe were being revealed to me in symbolic visions, and finally via the Symbol, by some Cosmic Intelligence, which I eventually realized was mediated by my Self in a spiritual mode of being. Exhilarated by it all, I took its suggestions and began to reorganize my numerous notes in order to write this book. What follows is what came from that intuitive relationship mediated by the Symbol. "Instead of searching for the proof of truth, which you do not know, go through the proofs you have of what you believe to know. You will find you know nothing for sure – you trust on hearsay. To know truth, you must pass through your own experience.” - Nisargadatta Maharaj Here is a unique counterintuitive model of universal and personal cognition that explains: 1. How the mind works as a self-referential system, ever cycling itself into itself. 2. How it generates memory in a Field of Cognitive and Creative Potentials. 3. How these potentials create our lives by how they are used in a recurring and creative manner. 4. How the body, mind, and spirit, emerge from one another to form levels of being and consciousness based on the rate at which energy and information is processed. 5. How the Self is able to speed up the cognitive process to not only solve problems but to also transform itself into higher levels of existence and commune more freely with the cosmos. 6. How the model can be used to enrich one’s understanding of spiritual evolution in a very practical and efficient manner, cutting years from traditional methods of human development. The revelation of The Feedback Loop of the Mystic brings together, as only symbols can, the OBJECTIVE & SUBJECTIVE dimensions of our reality. Accordingly, reality is dynamic and self-referential. It is perpetually creating itself from its inherent nature, Glimpses of Hidden Realities. Phenomenal consciousness is created where the objective and subjective flows of information interface. It is at this juncture where all opposites meet to create the reality we experience as a living standing wave. 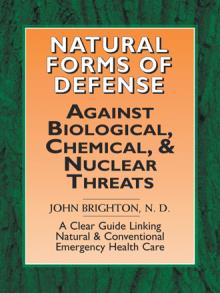 A SYMBOL comes to the author one morning as a gift from Higher Mind. It brings forth many questions about the nature of “reality’, including the many visions, intuitions, and so-called paranormal events he has experienced throughout his life. To satisfy his queries he is “instructed” to contemplate the SYMBOL in order to receive answers. He does this nightly just before falling asleep, and by morning the answers would miraculously come forth in visual as well as spoken and lexical contexts. The answers relate to the many notes he has taken of the experiences themselves and their possible relationships to discoveries in modern science, especially in neuroscience. He realizes that the SYMBOL offers an interactive FEEDBACK LOOP to help in the revelation of a revolutionary “rational mysticism.” Over the years it delivers a unique counterintuitive model of universal and personal cognition. The revelation brings together, as only symbols can, the OBJECTIVE & SUBJECTIVE dimensions of our dynamic and self-referential reality. It is perpetually creating itself from its inherent nature. Phenomenal consciousness is created where the objective and subjective flows of information interface. This juncture is where opposites meet to create the reality we experience as a living standing wave.

My interest in science and metaphysics was piqued in early childhood by my experiences of various kinds of psychic events. At some point they formed a pattern, which eventually was revealed to me in the form of a Symbol, which led to the essence of this book. It seemed that they opened me to the revelations, which continue to this day. My formal training includes a BA with a major in Psychology, an MA with a major in Child Development, a Naturopathic Degree from Clayton College of Natural Healing, with certification at the Ayurvedic Institute, and certification in hypnosis. My wife, Christine, has been essential in supporting this endeavor. She has participated with extensive research, clarification, editing, and the balance that comes from working together towards a shared vision. Her formal training includes a BFA in Studio Art, and a Naturopathic Degree from Trinity College of Natural Health.