It Ain’t Over Yet!

Big Seas in a Small Boat 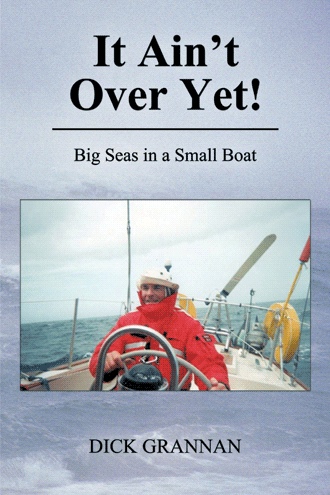 "All three of us were huddled on the deck taking the salt spray over our bodies. I was still hunkered in the pulpit. Henk and Peter were clinging to the base of the mast. We decided someone had to go up the forestay and rapair the damage. The jib had been our most used sail. Without it, we would have had great difrficulty sailing under those conditions. I think Peter volunteered to go up the stay!...When Peter was pulled to a point opposite the burr, about a third of the way to the top, I pulled him free of the mast and forward to the forestay. Letting go of his hold on the mast, and hanging between the mast and forestay, he began to swing freely like a slow pendulum on a clock, out over the water, first to the starboard and then to port. It was paramount that I pull on my line quickly so he could grab the forestay with his hands and prevent a collision and serious harm. 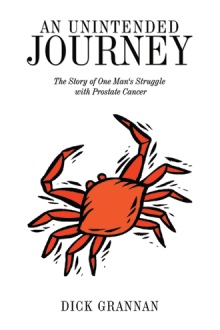 Crossing the North Atlantic Ocean in a small sailboat is no longer a news-grabbing event. Recent advances in navigation and communication equipment, unavailable a few short years ago, have greatly improved sailors’ chances of survival and success. Nevertheless, the waters of the North Atlantic Ocean still present many different moods and difficult—often extreme—challenges. In 1996 three Lake Ontario sailors from Toronto—Henk Borsboom, Peter Becker and the author, Dick Grannan—decided to accept the challenges of the North Atlantic Ocean on RABASKA (big canoe), a thirty-seven foot Alberg sailboat. The adventure had a huge impact on their lives, and their memories tell fascinating stories of what they experienced on that trip. Many sailors who write about cruising have a chapter about The Storm. Crossing the North Atlantic Ocean in 1996 was not about just one major storm, but a series of them that nearly defeated their spirit and courage. The sailors faced relentless challenges when they crossed the world’s second-largest ocean in a small sailboat. Grannan tells how they worked together as a team, and how the trip enabled them to rearrange their priorities and to get more in touch with their everyday lives.

Dick Grannan was born in Saint John, New Brunswick. He purchased his first sailboat in 1945 and sailed it primarily on the Saint John River. An avid sailor all his life, Dick and his wife, Maureen, now live in Scarborough, Ontario and sail their boat, Squall, out of Bluffers Park Yacht Club.