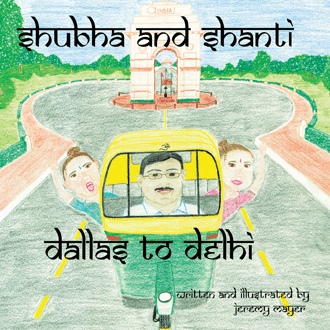 Soon the sun begins to rise and illuminates one of India’s most important monuments – India Gate. “Wow,” we say in unison. “It’s awesome, mama.” “I told you,” replies Rahul. India Gate, once known as the “All India War Memorial,” was designed by the British architect Sir Edwin Lutyens to commemorate the 90,000 Indian soldiers killed fighting for the British in WWI and the Afghan war of 1919. As you can see it was a huge project to reflect the ultimate sacrifice made by Indian soldiers. “How old is this, mamaji?” asks Shubha. “Well, the foundation stone was laid by the Duke of Connaught in 1921 and it wasn’t completed until 1931,” said Rahul. “Oh my gosh! Ten years?” exclaims Shubha. “New Delhi wasn’t built in a day, girls,” says Rahul. “Brave men and women struggled long and made many sacrifices to make India what it is today – the largest free democracy on earth.” 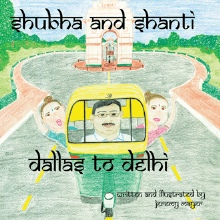 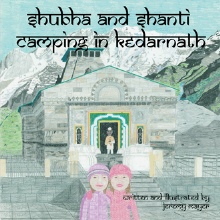 Join loveable twin sisters Shubha and Shanti as they embark on a journey throughout India. On their travels, they will visit historical monuments, spiritual centers, and investigate the origins of the multifaceted cultures of India. With every challenge they face on their adventures, they will develop confidence, determination, and an ever-expanding sense of self. The girls begin their journey from home in Texas and meet their uncle Rahul for the first time. Together they will have an amazing time sightseeing in Delhi. From his home in Noida to India Gate, from a cricket game to Lal Qila, their Uncle Rahul will be their guide and companion as they explore the history, language, and culture of India.

Jeremy Mayer is an author and illustrator living in Dallas, Texas. He has a bachelor’s degree in Vedic philosophy. It is his belief that peace can only be achieved through literacy, self-analysis, and financial freedom. He is also the author of Two Cups of Chai.