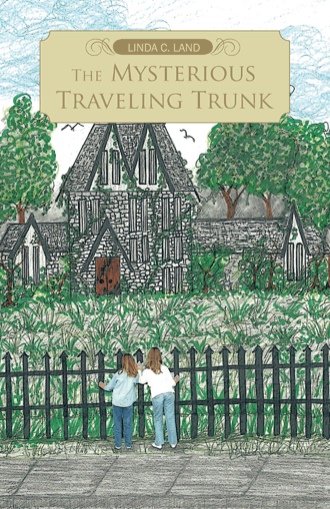 Panic filled their hearts. Emma headed straight for the tiny entryway and commanded them to follow her. She crawled out of the tiny treasure chamber and scrambled to her feet. She headed for the doorway that led out of the chamber. The whole time she kept looking behind her, checking on the other two, urgently shouting instructions at them. “Don’t stop, you must keep up with me. We mustn’t get trapped down here. When we get to the ladder, climb it as fast as you can. There is a rope attached to it, you can use it to hold onto as you climb up.” There was no time to think. All Tosha or Patty could do was to follow Emma as quickly as they could, and listen to everything she was telling them to do. Again, the ground shook and all three of them fell to their knees. A half-second later they were up and running again. Dust and dirt tumbled down into their eyes, their hair, and even into their mouths, coughing and choking them as they kept running. When they realized they had reached the loading-room area, a momentary feeling of relief flooded over them, but that didn’t last long. Once again, the ground trembled and they teetered back and forth. Emma grabbed hold of the ladder, quickly explaining that she needed to go first. She knew she could climb faster and she knew where to get help if they needed it. No one disagreed with her decision. They clambered onto the ladder in the same order as they came down it; first Emma, then Patty, and last was Tosha. If Patty thought the climb down was hard, there was no comparison to the difficult job it was to hold onto the ladder while it was moving violently, much less climb up it. It jerked and bounced continuously. Patty wasn’t sure if they themselves were causing it on their speedy climb up the ladder, or if it was the unstable ground beneath them. Either way, it was horrifying. Tosha couldn’t believe that their awesome adventure was ending this way. Why did this have to happen? What if they got hurt and couldn’t get home, or even worse, they could die. No one would ever know what happened to them. They would be considered missing children. This was all her fault. Patty was right after all, they should have left it alone. Right then and there Tosha made a decision, she would see to it that Patty got back home safe and sound. She closed the gap, catching up to Patty on the ladder. She yelled up to her cousin telling her she was right behind her, that she would keep her safe and that somehow, everything was going to be all right. Patty’s ears were ringing, she swore she could hear her own heart beating in them. She was having trouble keeping a good grip on the ladder. She couldn’t imagine how Emma thought they could hold the rope and the ladder at the same time. Patty could hear her cousin trying to reassure her. She knew Tosha was worried. Suddenly, Patty realized she was still holding onto one of the marbles from the little box. How had she managed that? It glowed out at her and as her eyes focused on it, she could feel herself calming down. It even seemed easier to climb the unsteady ladder.

Tosha can’t wait to visit her cousin, Patty. The two ten-year-olds love to spend time together, even though Tosha has a way of getting them into some unusual situations! This time is no different. Shortly after her arrival, Tosha persuades Patty to visit the old abandoned mansion located near Patty’s house. Something draws Tosha to the run-down home, and she desperately wants to discover who lived there and what they were like. Patty thinks it’s a spooky, dangerous firetrap, even so she agrees to help Tosha look for clues. But nothing could have prepared them for what they find: a diary hidden inside an ancient trunk in the attic. This is no ordinary diary. It has mysterious and amazing powers, and when the girls read the book, they travel to strange, faraway places with exotic animals, fascinating people, and exhilarating adventures. They also meet another ten-year-old girl, Emma, who accompanies them on their journeys. There’s only one problem: they don’t know how to get back home? Is there a connection between the old mansion, the diary, the trunk, and Emma? Tosha and Patty must solve the puzzle or risk being trapped within the powers of the trunk forever!

When Linda C. Land is not writing or traveling with her husband, she visits local schools and libraries, encouraging children to embrace their dreams and imaginations.