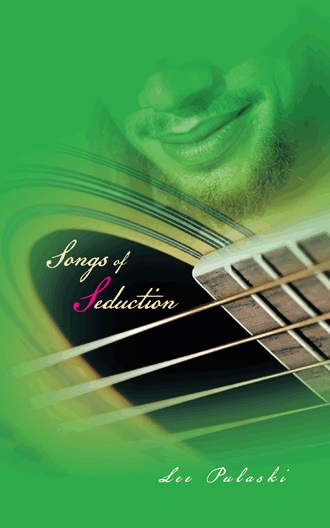 Whit gulped as he silently uttered a prayer asking God not to switch his vocal cords with those of some mutt named Rex. Then he took a deep breath as Kate played the introduction, and he began to sing. As he sang the words, he could see Nora grinning from ear to ear and Esmeralda politely smiling as she scribbled some notes on a canary notepad. Lewis, on the other hand, looked utterly bored, like someone was reading aloud from the phone book. Whit was hoping his fortunes would change with Lewis, as he was approaching the chorus, which he felt was his strongest part. “When you get caught between the moon and New York City...” Whit could go no further as the hall door flew open, and a strange man walked in, asking loudly, “So is this where the community band is rehearsing?” Whit was crestfallen. He had been feeling pretty good about how the audition was going, and this muscular oaf with a guitar strapped on his shoulder had gone and interrupted like a booing crowd at a comedy club. He had half a mind to drag this guy outside and pummel him senseless, yet part of him couldn’t look away at the intruder, who looked Scottish in origin. Esmeralda glared at the man from over her glasses. “Young man, this is where the community choir rehearses, and you have very rudely interrupted an audition. The band rehearses in room C-12. It’s down the hall, four doors to the right. Now, if it is not too much trouble, please close the door behind you so we may continue with our work.” The man turned bright red and mouthed the words “I’m so sorry” to Whit before closing the door with a rattle. Esmeralda took off her glasses and rubbed her temple. “All right, then. Let’s pick up right before the chorus, Kate, and I am so sorry, Will, for the extremely rude interruption.” “Whit,” Whit corrected as Kate started to play a few measures before the chorus. He started to sing again, but the man’s sudden trespassing distracted him. Whit hated to admit it, but he was attracted to the man. The black Metallica t-shirt, the unkempt appearance, the guitar strapped over the shoulder—it all made for a rather yummy package. Whit finished the song and politely bowed to the judges. Esmeralda and Nora looked pleased, but Lewis was continuing to do his gargoyle impersonation. Whit wondered if winning Lewis over could be as simple as offering to help the Mormon pull the stick out of his ass. Someday, he might put his theory to the test, but he had to play nice right now if he wanted to get a solo. “Very good, Win,” Esmeralda said while Whit bit his lip to keep from correcting her again. “If you’ll wait out in the hall, we still have a few more people to audition, and then we will make our decision.” “Thank you,” Whit said quietly as he briskly exited into the hallway. He was vibrating with excitement, although he worried that the interruption earlier might have affected the way the judges saw his performance. Listening to someone sing a song in two pieces was not as pleasing as when you could hear the tune all the way through. Still, it wasn’t his fault that some people didn’t have enough manners to open and close doors quietly. 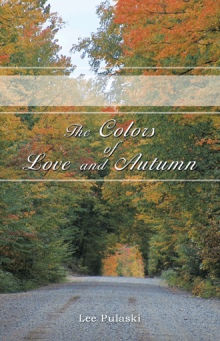 The Colors of Love and Autumn
Lee Pulaski
$18.70

It all started with an audition. Whit Harrison was nervous enough, but to have some guy barge into the room when he was trying to try out for a solo in the community choir did not make things any better. Instead of being annoyed with the intruder, however, Whit is quite fascinated with him. He doesn't have to wait to meet Brock Evans, a fellow music lover who is quite adept with the guitar. Soon, the two men find themselves facing intense feelings for one another, but Brock hasn't told Whit everything about his past. As he finds himself falling deeper and deeper in love, the level of fear increases as he tries to find a way to come clean without losing Whit forever.

Lee Pulaski grew up in the dry heat of Arizona in a small town called Chino Valley. Lee has always enjoyed writing, although it took some time for him to develop the courage to get his work into the public eye. Lee also has a love affair with the theatre, starting to write plays in high school before moving to full-length novels in recent years. In his junior year, one of those plays, Murder on the Boardwalk, was selected for production. Although it was never published, Lee received royalties for the play, which has kept him writing ever since. Ironically, a dry spell in Lee’s creative juices in 2006 prompted him to take a vacation in Wisconsin with family. Getting into a new environment and seeing the beauty of the fall colors is what inspired Lee to write his first novel, The Colors of Love and Autumn, which was first published as an e-book in September 2008 through Torquere Press. Songs of Seduction is his second work in paperback. Lee enjoys photography when he is not writing—and sometimes even while he is. He tries to get outdoors whenever he can to take photos. He currently resides in Page, Ariz.