A Viking Myth of Self-Discovery 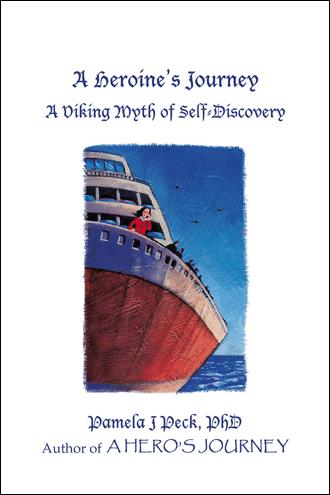 Imagine if you will, a land with a Viking name, endowed with Viking history, yet laying an ocean away from the shores of Scandinavia. And imagine that in this place, far beyond the islands of ice and snow that emerge out of the sea mists of the North Atlantic Ocean, warm breezes deposit sweet-tasting dew on the summer grasses, and long days of sunlight permit wild grape vines to blossom and grow. Here, further west than any Europeans have ever sailed before, the Vikings, they say, came to this favoured place and gave to it the name of Vinland.

Imagine now a boy, who grows up on the coast of Norway. The boy has heard the stories of greatness about his cultural past. How, as far back as a thousand years or more, Scandinavian people sailed across the North Atlantic in small, open ships and discovered a New World. It was not Columbus, he learned, who first arrived in America from Europe; it was his own people, the Norsemen, known as Vikings. Further than Iceland, further than Greenland, or Baffin Island or even Newfoundland they sailed.... Down, down the east coast of what is now the continent of North America. And somewhere on that coastline, they stepped ashore and founded the fabled land of wild grapes and sweet-tasting dew. But history could not—or would not—verify the fact. Almost a thousand years later, Vinland remains an unsolved mystery. Is there such a place? If so, did the Vikings really manage to settle there? No authoritative body will say yes to either query. And until someone can prove the fact, the Scandinavians will not be properly credited with discovering the New World.

When the boy grew to be a man, he determined to go in search of the missing land. He scoured every piece of local legend for evidence, then, following the faint and mysterious clues, set out in a small open ship, replicating an ancient Viking voyage to the New World. He sailed from Norway to the Shetland Islands, then to the Faroe Islands, across to Iceland and down the North American coastline past Newfoundland.

Heroic indeed, but as it turned out, the hero of a fated journey. For when the man returned to his native Norway the following year, confident he had found the fabled land—but lacking the evidence to prove it—he became the laughing stock of those who considered Vinland nothing more than a piece of fanciful Viking mythology. To the end, the man was true to his quest, and he departed from the world, still convinced that the evidence was there to be uncovered, somewhere in what is now the state of Massachusetts.

Imagine now a girl, a daughter of this fated wanderer, who grows up in her father’s shadow. The memory of the past has created in her a gnawing restlessness and overshadowed any goals she might have had for herself. It has driven her to re-invent herself in the image of her father in an attempt to uncover the illusive proof that would restore his reputation.

Imagine it is early autumn in the final year before a new millennium. More than a thousand years have passed since the Norsemen first sailed toward the Americas in their small, open boats. And now, a beautiful ship arrives at the port in Bergen, Norway as it traces the route of the Vikings along a chain of islands separating the Old World from the New. Bergen, with its rugged glacial scenery, ancient stone churches, verdant gardens and sparkling fjords. The picturesque land that inspired the Norwegian composer Edward Grieg to create his lyrical music....

The girl bids farewell to her mother and boards the elegant ship. She earns passage as a hostess in the disco bar on the eleventh deck, fittingly called the Viking Crown Lounge. In two weeks, the ship will dock in Boston. The girl believes this is the place where she will find the missing piece of the puzzle to restore her father’s good name. For Boston is the most likely place the Vikings would have stepped ashore in the land known as Massachusetts. And a heroine’s journey begins . . .

This modern mythology was originally written by the author as part of a Lecture Series for a trans-Atlantic crossing from London to Boston on Royal Caribbean’s cruise ship Splendour of the Seas in September of 1999. Penned by the author “The Vinland Narratives”, their purpose is twofold; first, to share history and culture of the geographical areas travelled during the ship’s itinerary and, secondly, to lay the groundwork for a much deeper purpose: illumination of anthropologist Joseph Campbell’s teachings about the mythological Hero’s Journey. The Vinland Narratives were offered to cruise passengers on days when the ship was “At Sea”. In this printed version of the talks, an introductory Prologue sets the stage for the Narratives, each of which is followed by a brief Commentary. A Summary of the classic Hero’s Journey is provided at the conclusion of the Narratives.

Cultural anthropologist Dr. Pamela J Peck is an author, lecturer, composer and playwright whose professional interest is education for a global perspective. Her creative works take readers on adventurous journeys to the far corners of the outer world and into the inner recesses of the human mind.